EXO Defeated BTS From The Poll World Cup Provided…Will EXO Get to Perform 'Power' in the Semi Final? 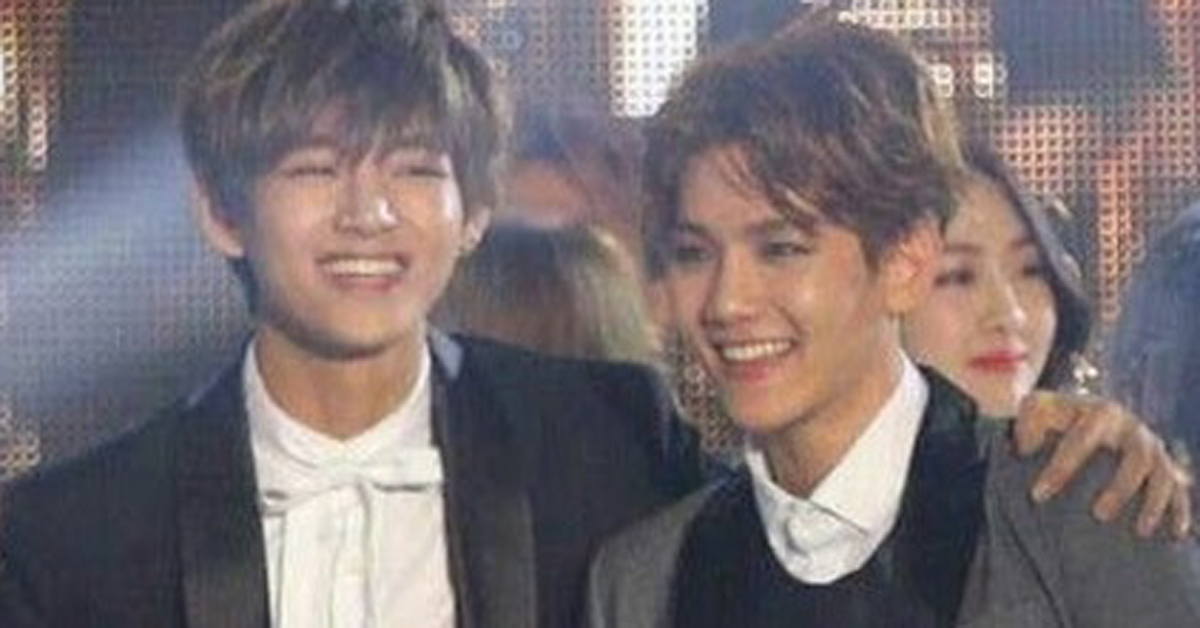 
Fans are having heightened expectations on EXO's performance at the stadium of 2018 Russia World Cup Semi-final game. The first game of the quarter-final will begin on July 6, 11 pm at the Nizhni Novgorod stadium between Uruguay and France. And the first semi-final game will be held on July 11. 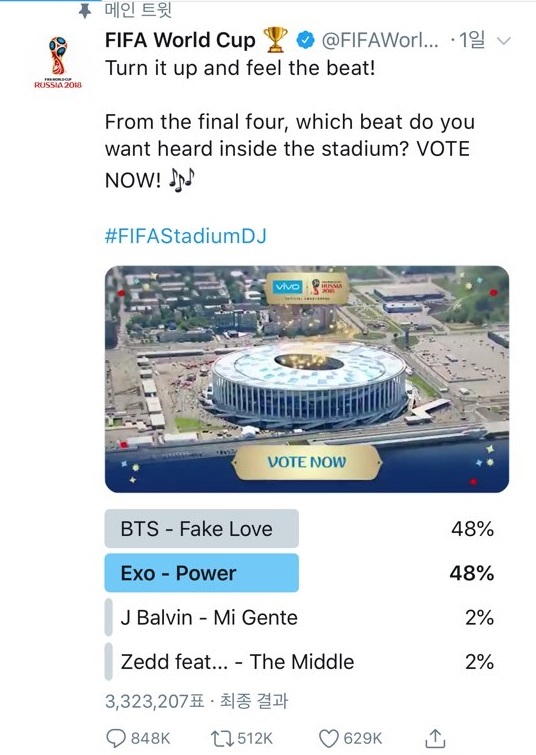 
FIFA through its official Twitter asked for a ballot, releasing 4 track lists with the question "Which song would like to hear at the stadium on the semi-final?" Including two K-Pop songs EXO's Power and BTS' FAKE LOVE, last year Billboard Hot 100's third-rank J. Balvin's Mi Gente and this year Hot 100's fifth-rank Zedd's The Middle (Feat. Maren Morris and Grey) were listed.


Among these four, EXO's Power and BTS' FAKE LOVE had a keen competition. While having a neck-and-neck race, they recorded a tie (48%) at the time when the poll was closed. But this morning, EXO's Power got a bold blue line, implicitly conveying EXO's triumph in the competition. While BTS had a fractional lead over EXO until the afternoon of July 5, EXO fans overturned the result at the very last. According to the fans, EXO won the vote with a slim majority of 0.3%(8500 votes) while there were over 3.3 million participants in the poll.


EXO performed Power at 2018 Pyeongchang Winter Olympic closing ceremony on Feb 25. As FIFA mentioned EXO's Power in the poll, the official Twitter account of Olympic attached a video link of EXO's performance in the closing ceremony. If EXO is confirmed to perform Power in the semi-final, the song becomes an enormous track for the grand finale of big sports events: Olympics and World Cup.