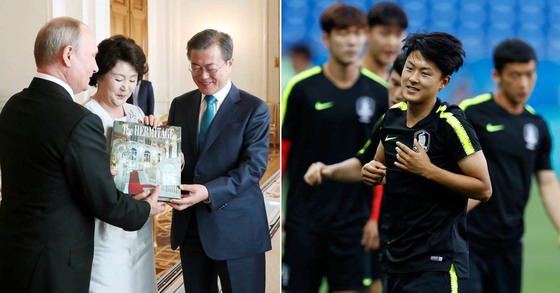 Talks with President of the Republic of Korea Moon Jae-in during his state visit took place in a business-like and constructive atmosphere.

We discussed the status of and prospects for bilateral relations and exchanged views on major international issues.

We reached important agreements on further expanding cooperation between Russia and the Republic of Korea, which are fixed in the adopted joint statement and a large package of just signed interdepartmental and corporate documents.

I would like to note that the Republic of Korea is Russia’s important partner in Asia and the Pacific. Relations between our states are multifaceted and based on the principles of good neighbourliness, mutual benefit and consideration for each other’s interests.

During the talks we mentioned the dynamic development of bilateral economic ties. Last year trade went up by 27 percent to $19.2 billion. In January to April trade increased by another 6.5 percent. As a result, South Korea was second among Russia’s major trade partners in Asia and the Pacific.

South Korean investment in the Russian economy reached $1.2 billion. There are over 150 large companies from South Korea in the Russian market. They are investing in many diverse areas – industry, food processing, agriculture and the hotel business.

In turn, South Korean companies are helping Russia develop its hydrocarbon deposits in the Arctic. Fifteen ice-class liquefied gas carriers are being built in South Korea to transport gas from the Yamal LNG plant. The possibility of our partners from South Korea participating in the Arctic LNG-2 project on gas extraction and liquefaction is under discussion now.

We had quite a detailed discussion of cooperation between regions of the two countries. The plan is to organise the first Russia-South Korea interregional forum before the end of the year.

We proposed that South Korean investors take a more active part in implementing the programmes to develop the Russian Far East. I mean, in particular, modernisation of the free port of Vladivostok, the technological upgrade of the Zvezda shipyard, and maintaining and operating the Northern Sea Route and the Trans-Siberian Railway.

These and other promising projects will be discussed during the Eastern Economic Forum in Vladivostok in September. We would be glad to see the President of the Republic of Korea there as a guest of honour.

We certainly touched on the subject of cultural and humanitarian cooperation which, in our opinion, is developing in a positive direction. Festivals and days of culture are held annually. Our South Korean partners will participate in the 7th St Petersburg International Cultural Forum as a guest country.

Tourist exchanges are also growing. In 2017, over 260,000 South Korean citizens visited Russia, which is 62 percent more than in 2016. The number of Russian tourists who visited South Korea has also grown to 233,000, a 17 percent increase.

While discussing the international agenda, special attention was paid to the situation on the Korean Peninsula. It was noted that the situation in that region has been gradually improving lately.

Inter-Korean contacts have been re-established. Two meetings between the leaders of North and South Korea resulted in encouraging agreements.

In the same context we would like to mention the results of the recent US – North Korea summit in Singapore on June 12. We welcome Pyongyang’s and Washington’s willingness to resolve the crisis comprehensively through dialogue and talks.

We hope that this will make it possible to considerably reduce the tension around the Korean Peninsula and in the future to create conditions for building a stable security system for all countries in the region.

In conclusion I would like to express my gratitude to Mr Moon Jae-in and all the South Korean delegation for today’s talks.

This is not the end of the South Korean President’s visit to our country. Tomorrow the President will attend a football match between the teams of South Korea and Mexico in Rostov-on-Don. I am sure that it will be an entertaining game and I would like to wish all fans, those from the Republic of Korea included, unforgettable impressions of the World Cup in Russia.

On a related note, I would like to thank all our South Korean friends, Mr President, the government and people of South Korea for the friendly reception of the Russian delegation, Russian athletes and fans during the Winter Olympic Games in PyeongChang. 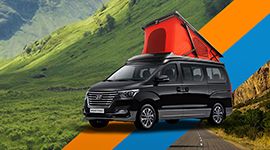 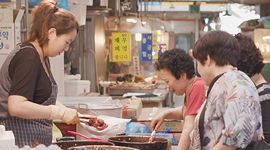 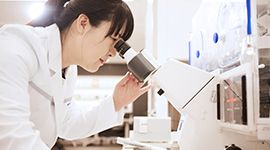