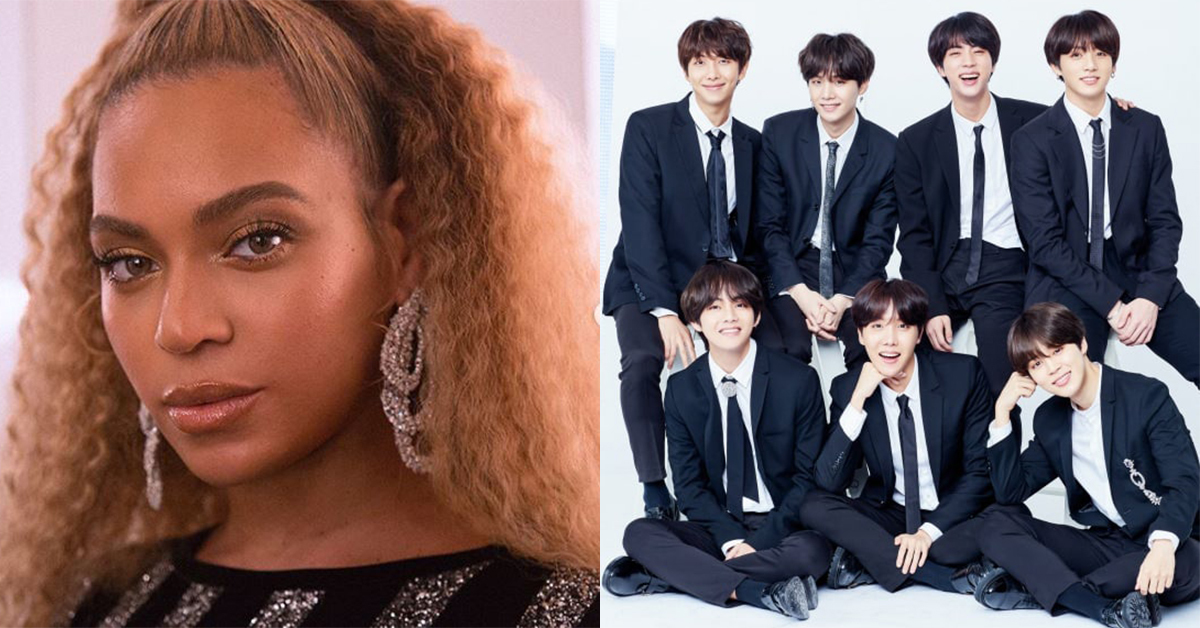 
On June 20, the inter-fandom lovefest created the hashtag trend '#ARMYHiveStreamingParty' '#ARMYHiveProject' for several hours. This fan coordinated project streaming binge designed to help the artists chart higher. Many fans have joined the listening party and each fan groups streamed the others' beloved music: BTS' LOVE YOURSELF: TEAR, and The Carters’ Apeshit. And the tracks of these artists are 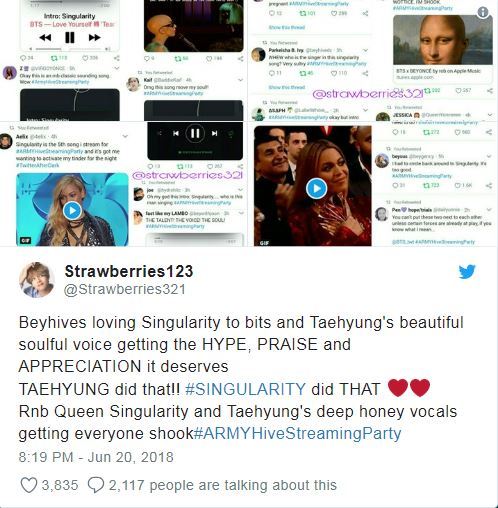 
Many fans of the artists joined the listening party and left reviews. Beyhives mentioned, "We are getting know about K-pop. The song instantly mesmerized me and it's undeniably attractive" while ARMYs mentioned, "We can't believe the scale of music video taken at the Louvre Museum. The couple, Beyoncé and JAY-Z are the only ones who could criticize the notion of White Supremacy with their song." 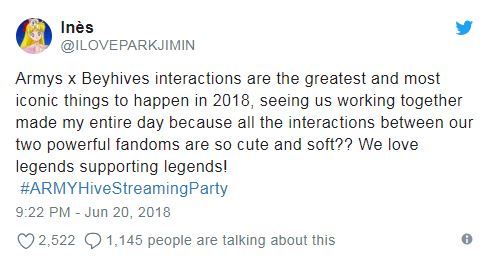 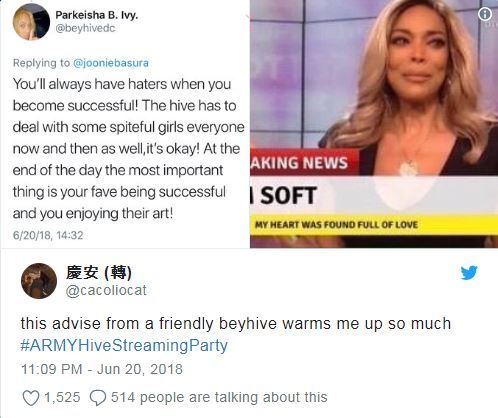 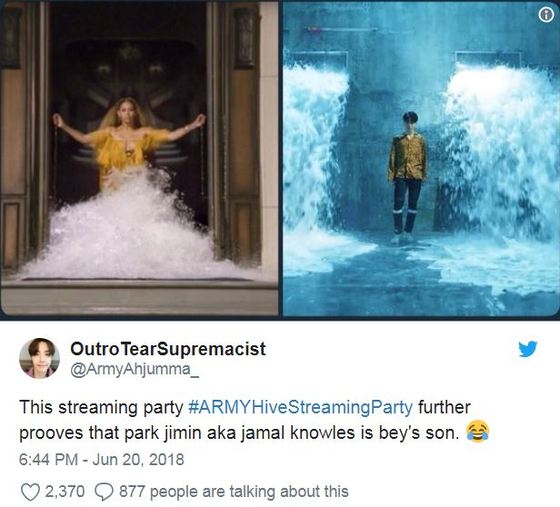 
About the collaboration of two massive fan groups, Billboard reported "#ARMYHiveStreamingParty managed to become a trending topic on Twitter. It’s unclear just how much Wednesday’s inter-fandom listening party will impact the charts. But judging from posts being shared under the hashtags, several BTS and Beyoncé fans are growing much closer. More fanbases should follow suit, and make some chart magic for their favorite artists."