Sandara Park talked about the reason she feels reluctant to wear revealing clothes in Korea. She revealed her thoughts when she appeared on Get it Beauty 2017 aired last November.

"Fans ask why do you wrap yourself up in Korea?" she said

Photo from 'Get it Beauty' Screenshot


The guests on this episode shared a deep conversation about Korean society's atmosphere of lookism. The host Lee Hanui and Park Narae spoke about their experiences in which they were hurt regarding appearances.

Sandara told her story too. "A popular boy at school once said that if a girl is under 170cm and not voluptuous, he wouldn't see that girl as a woman. I was so shocked to hear that, so since then, my self-esteem was lowered.'"

She confessed, "I also enjoy wearing revealing clothes when I go abroad. Fans ask 'why do you wrap yourself up in Korea?' I don't know why, but I just became like that without noticing." 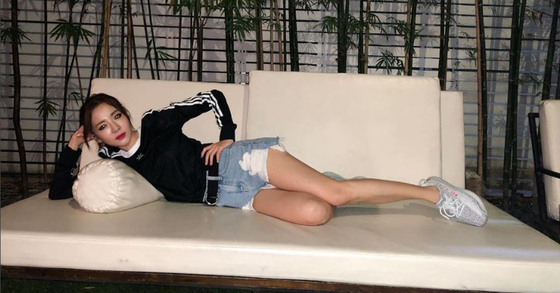 
"People talk about my body a lot. They say I'm not womanlike because I have a body of an elementary school girl," said Sandara, making the crowd upset.


Lee Seyoung, who was listening to Sandara's story said, "People talk about others' appearances too easily," and Lee Hanui also talked about the distress that comes from getting assessed about appearance, saying, "If I gain even a little bit of weight, I get a lot of comments."

After 2NE1's disband, Sandara Park has gone into the acting world, starring in the film One Step. Currently, she's appearing on various variety shows.