Why Did JIMIN Kneel Down In Front of J-HOPE During '2018 BTS PROM PARTY'? 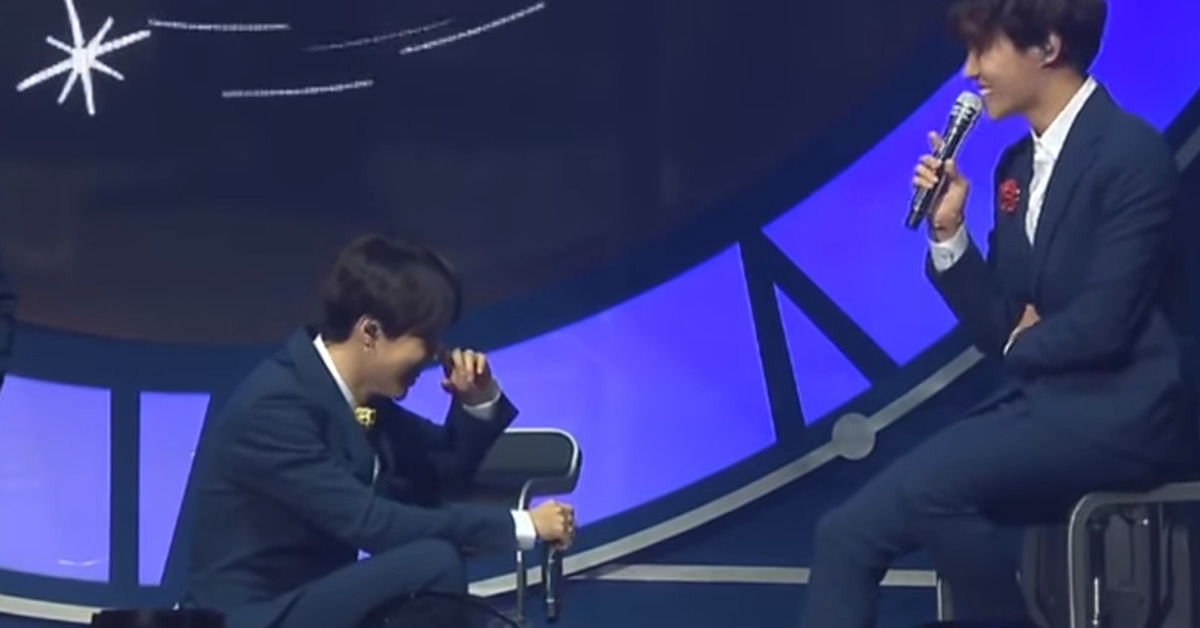 
The main highlight of BTS FESTA, 2018 BTS PROM PARTY was held on June 13 in celebration of BTS' 5th anniversary.


With subheadings of RE;VIEW & PRE;VIEW, BTS talked about their past and future. And members were given the time of 'RE;PLY The Truth Untold' to inquire ones' innermost feelings with an anonymous confession to each member.

When the face of one member popped up on screen, anonymous replies were tagged below and members started to talk about its content. 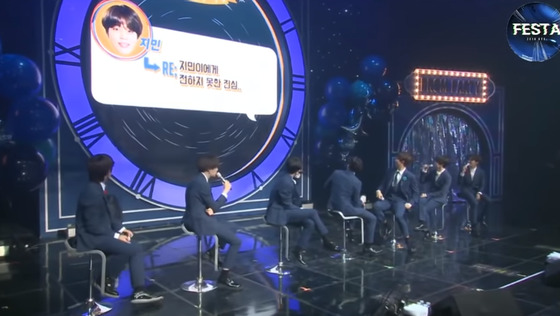 
Under JIMIN face, there was a comment "A truth untold to JIMIN" but JIMIN wasn't able to guess who it is, as there was no content. 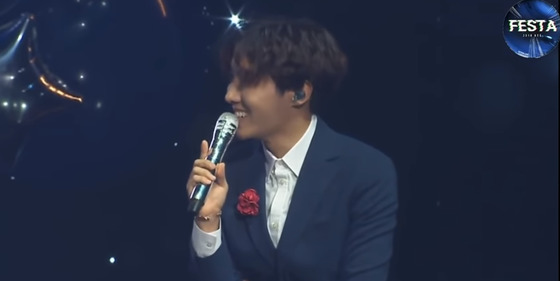 
All of a sudden, there was a background music coming out up on the stage and J-HOPE began saying: "There's something I want to confess to JIMIN." 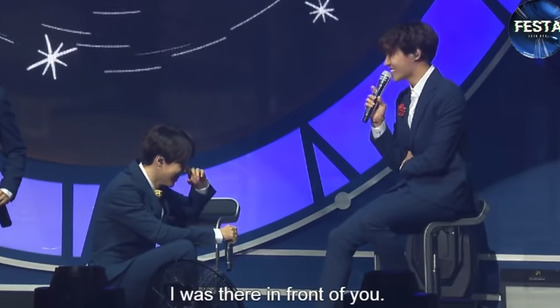 
J-HOPE:
At the dorm, you were eating. You put your phone on the table, and a gum stuck on your phone. You were really angry because you really liked that phone case. I confess now. I was there in front of you. You were cursing so much, that I couldn't tell you then. But that was my gum." 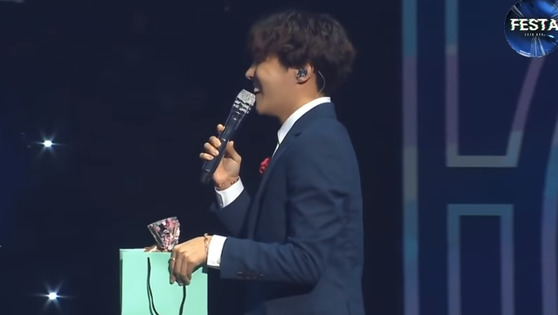 
With his apology, J-HOPE gave a gift to JIMIN, "JIMIN, I prepared this for you." And the gift was a phone case from the brand that JIMIN liked.

To members who asked when this happened, J-HOPE answered it happened right before the comeback. 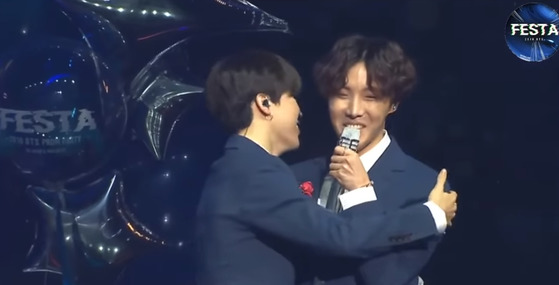 
J-HOPE explained more about the situation "JIMIN got really pissed off. He said who is the irrational one spitting out a gum here. Actually, I put my gum on a paper while eating chicken, but forgot to get rid of it. And JIMIN put his phone there without noticing my gum was located beneath." 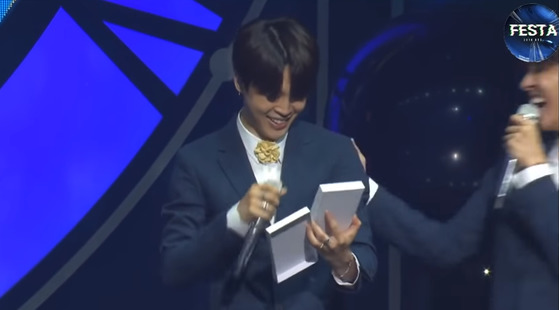 
JIMIN got touched by J-HOPE's present and said: "I'll change my phone case right away."