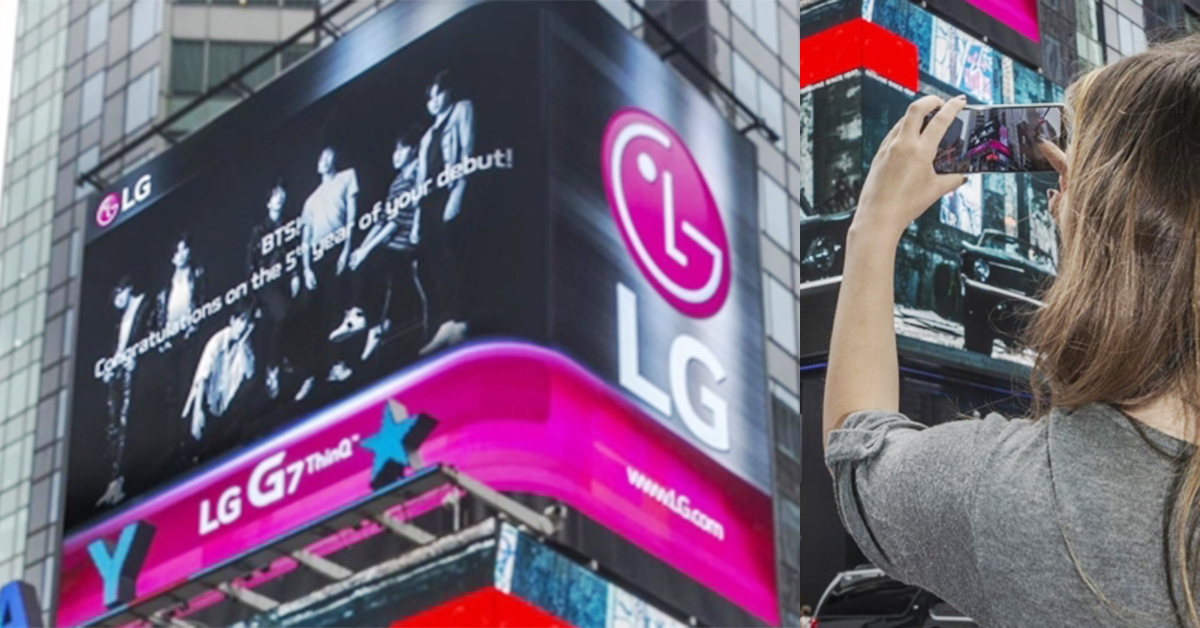 Celebration for BTS in one of the busiest area in the world! 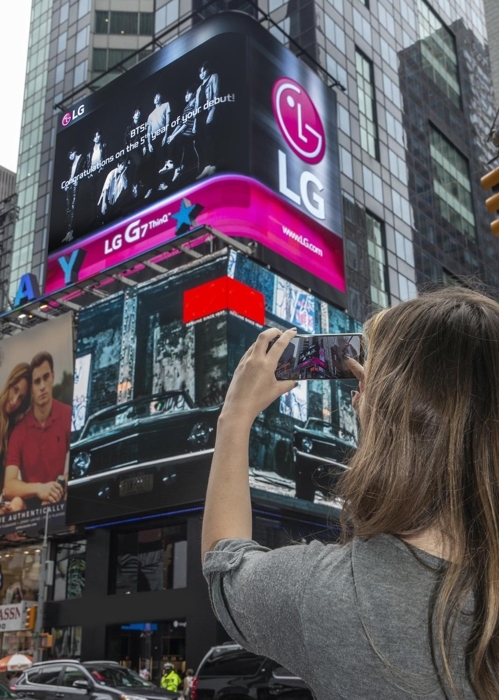 
LG Electronics is screening a video ad supporting BTS on a billboard in Times Square from June 10. This ad, which will be screened for three days, is a video that celebrates BTS' 5th anniversary and introduces LG Electronics' strategic smartphone G7 ThinQ.


The related industry is anticipating G7 ThinQ to be an issue along with BTS by displaying an ad in New York's Times Square in which the floating population during a single day exceeds over 1.5 million people.

BTS recently set an unprecedented record of topping Billboard 200 chart for the first time as a Korean singer. They are appearing as G7 ThinQ's model since last April.


With BTS as its model, LG Electronics is planning to strengthen its marketing for G7 ThinQ through various activities via commercials, online channels, and social media.