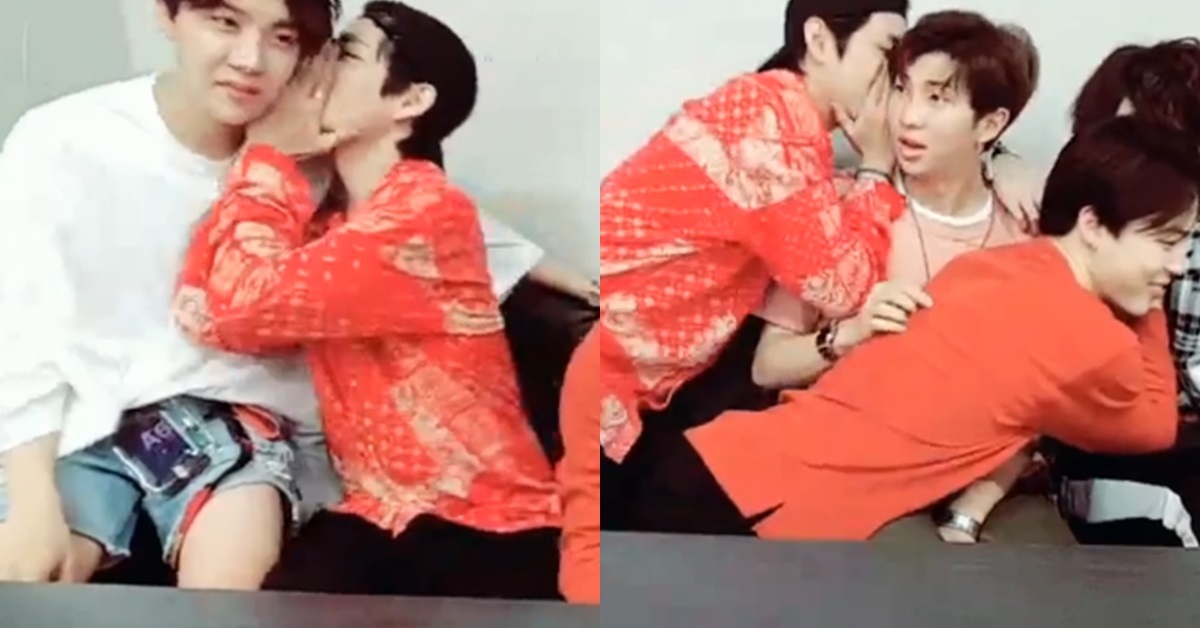 
Aired live through BTS' V LIVE on June 12, members disclosed their thoughts about wrapping up a month of promoting their third album LOVE YOURSELF 轉 Tear.

J-Hope said, "Something enormous will be released today. This is a big spoiler" which is expected to be another 2018 BTS FESTA content.

When JUNGKOOK heard this, he responded "Oh? I'm not aware of this?" and members told him off why he has no idea on it.

Then RM said, "Don't talk to JUNGKOOK like that. I guess me, SUGA and JUNGKOOK don't know whats happening." 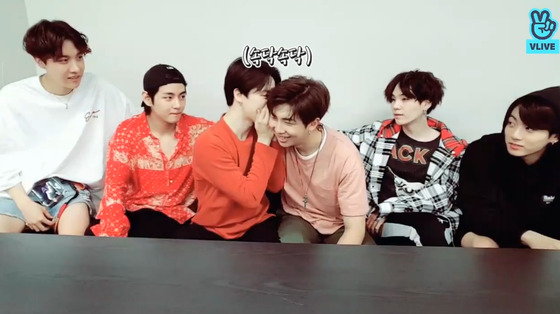 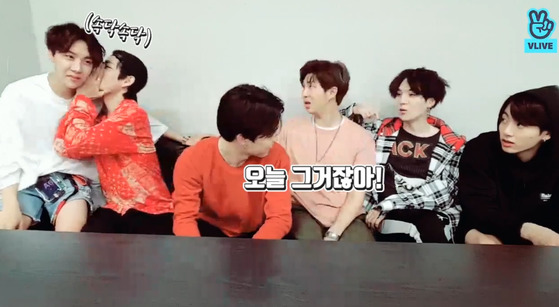 
When RM asked JIMIN "You didn't know about it either, right?", JIMIN said "I know" and whispered something in his ear. But RM firmly said "No, it's totally wrong. I think nobody among us 6 knows about it." 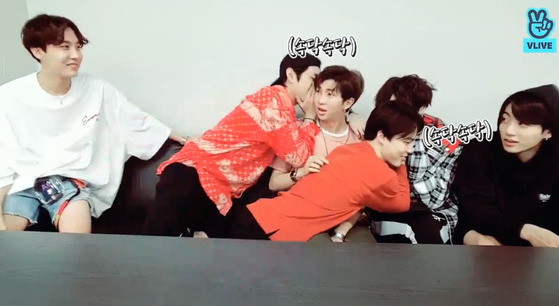 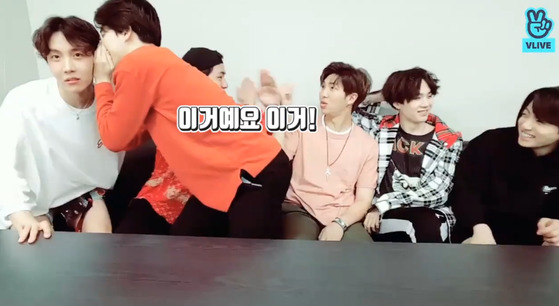 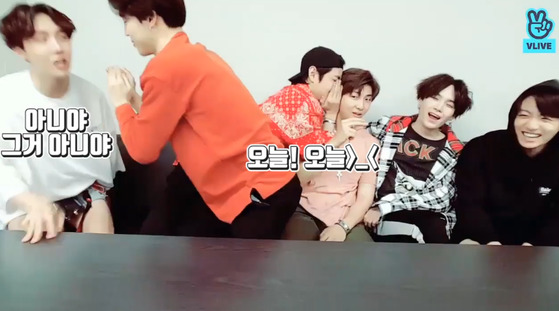 
And members started whispering to each other, checking what's right and what's wrong. 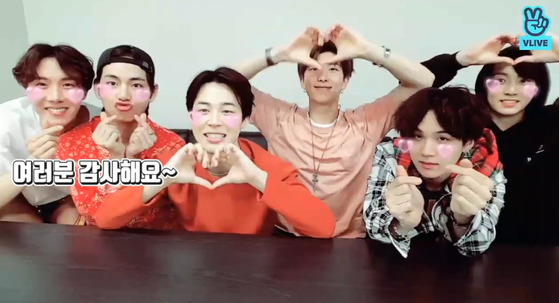 
Later on, they sent hearts to ARMYs and wrapped up the V LIVE saying "Anyways, something huge is coming. Thank you!" Aren't they look so adorable whispering to each other?