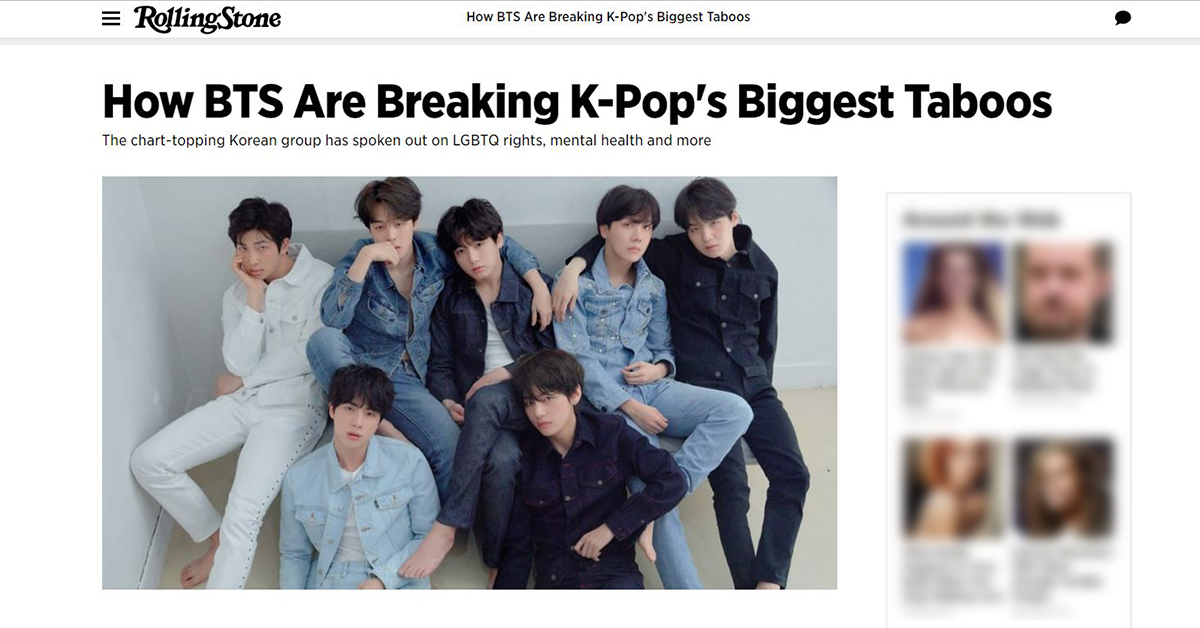 
Foreign presses are taking notice of BTS who is writing a new history by ranking no.1 on Billboard 200 and no.10 on Hot 100 with their latest released album LOVE YOURSELF: TEAR.

Yes, they differ from others!

"In modern South Korea, pop stars and politics don't often mix. While some hip-hop acts (such as Epik High) address controversial topics, many idol groups stick to a slick, apolitical formula with a proven record of success."

What Rolling Stone convey is, BTS isn't following the proven record of success. They claim that BTS continuously acted outside the taboos since their debut. 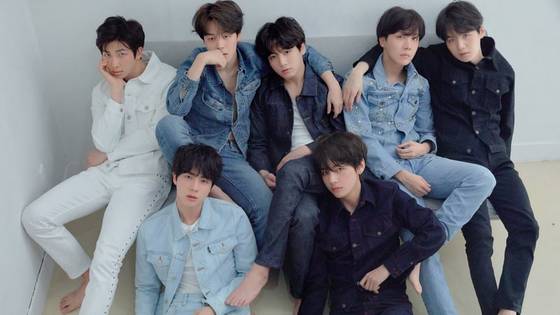 
"The seven young men who make up the group have been speaking their minds since their debut, openly discussing LGBTQ rights, mental health and the pressure to succeed- all taboo subjects in South Korea. Their stance is particularly bold given the Korean government's history of keeping an eye on controversial themes in pop music."

They judged BTS as an exemplary idol group differing from others involved in numerous incidents and accidents "By straddling the line between maintaining a respectable image and writing critical lyrics, BTS has offered a refreshing change from what some critics and fans dislike about the K-Pop machine." 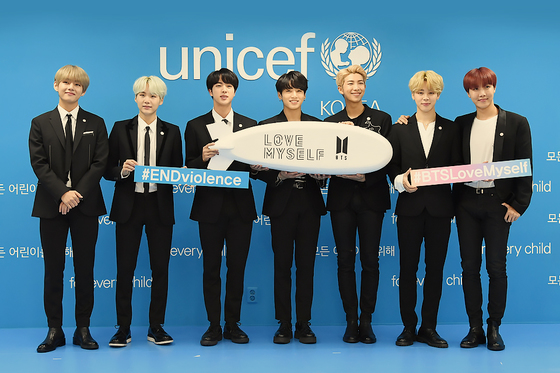 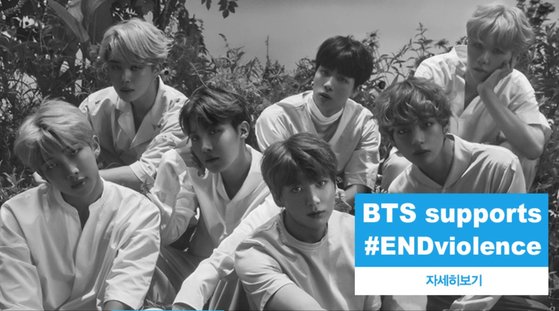 
Rolling Stone also touched on the details of BTS' social activities such as members donating $100,000 to benefit the Sewol Ferry accident victims' families, SUGA donating $19,000 worth of beef on his birthday to feed orphans on behalf of ARMY, and partnering with the United Nations Children's Fund (UNICEF) for its "Love Myself" anti-violence campaign. 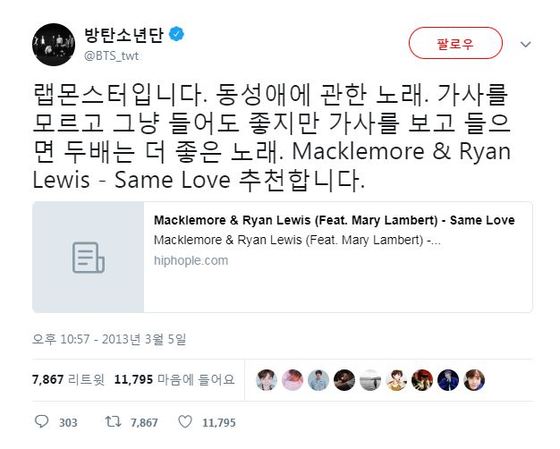 
It also mentioned on RM (24) tweeting out on the issue of homosexuality and talked about him recommending a song of openly gay musician Troye Sivan's Strawberries and Cigarettes and Same Love of Macklemore & Ryan Lewis who sang about homosexuality.

By Golbin and Jaeyeon Ryu voomvoomk@gmail.com