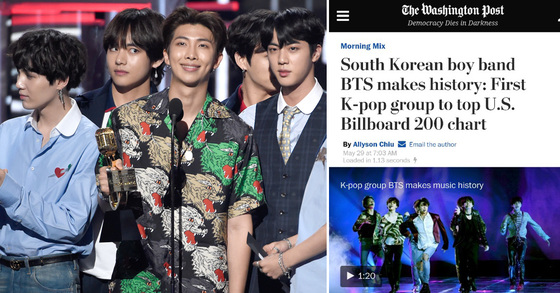 
Washington Post on May 29 reported that BTS is making a history.

Lots and lots of foreign presses are reporting on BTS' amazing records!

WP introduced that BTS has experienced a lot of firsts, "It was one of the first K-pop acts to perform at the American Music Awards in November 2017. A few months later, the group made history as the first in the genre to take home an award at the 2017 Billboard Music Awards."

WP thoroughly expounded the process of how their third album LOVE YOURSELF: TEAR topped Billboard 200 and also that South Korea President Moon Jae In posting a congratulatory message to BTS on his official Facebook. 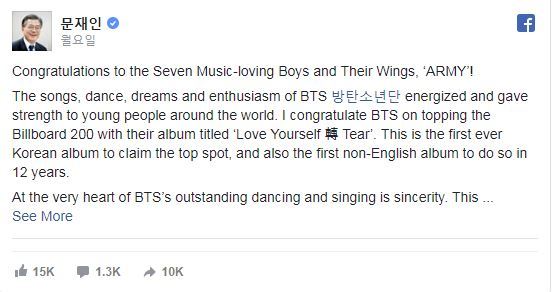 
WP evaluated that "BTS’s successes would not be possible without the ARMY, whose enthusiasm rivals that of Justin Bieber's fans 'Beliebers' and Taylor Swift's fans 'Swifties'". 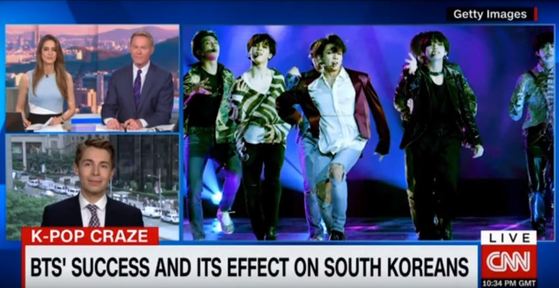 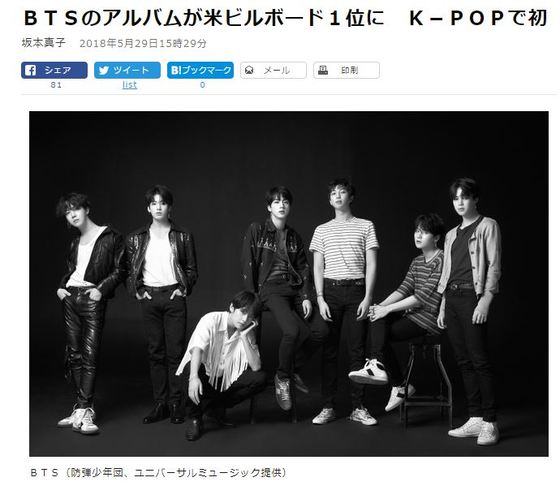 
Aside from Washington Post and CNN, other presses such as the US' 'UPI', 'The New York Times', and Japan's 'The Asahi Shimbun' reported BTS' Billboard records.

Asahi mentioned, "The best record Japanese ever listed on Billboard 200 was Sakamoto Kyu's Sukiyaki and Other Japanese Hits at 14th ranking in 1963."