PHOTOS: Responses of CNN Anchors When One Tells Them to Listen to BTS Songs 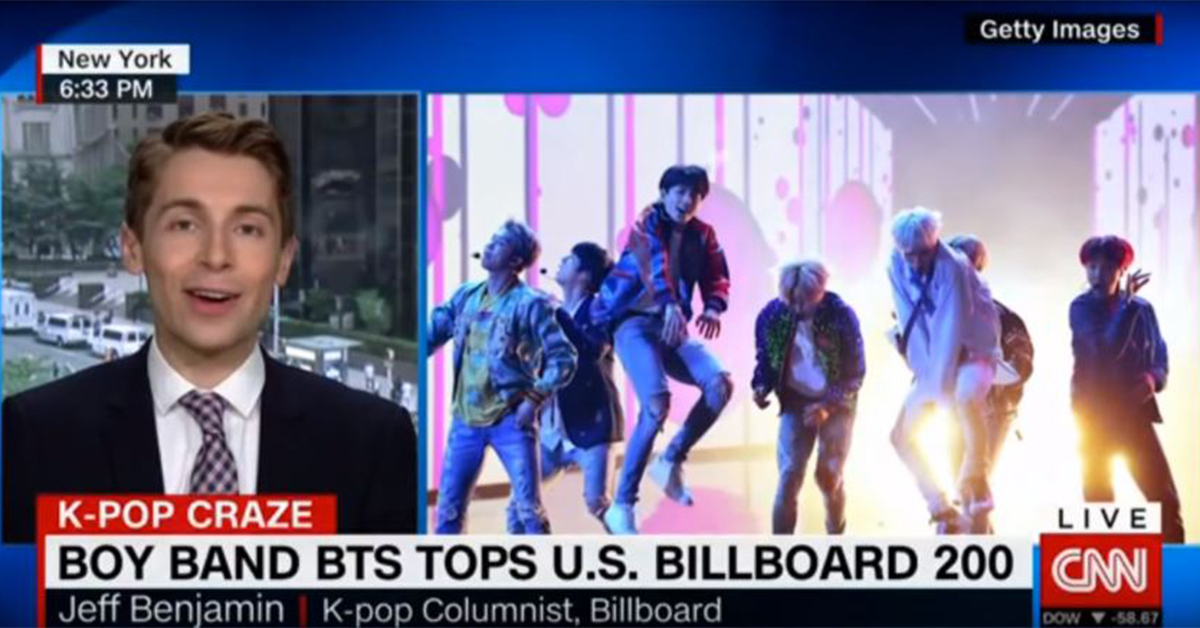 
In the midst of BTS' global popularity, CNN News content and anchors' responses gained the attention of the audiences.

Even the CNN anchors!!


CNN News on May 28 has talked about a boy band BTS topping the US Billboard 200.

A K-pop columnist for Billboard and a senior digital engineer Jeff Benjamin appeared in the news, talking about BTS' success, effect, culture, and popularity.

He specifically emphasized "When K-pop unfairly gets a tag that it's manufactured or that its plastic, BTS really is proving to be 100% the opposite of that. They write their own music, they produce their own music, and it really set a new standard in K-pop industry in particular that sharing yourself, sharing your art, sharing what you go through. Like you mentioned, BTS talks about social issues, own mental health, and politics. These are things that aren't the most public-friendly topics but they found a way to make it work and make it sound great and gets so many more people to follow them whether or not they speak Korean and whether or not they understand Korean culture." 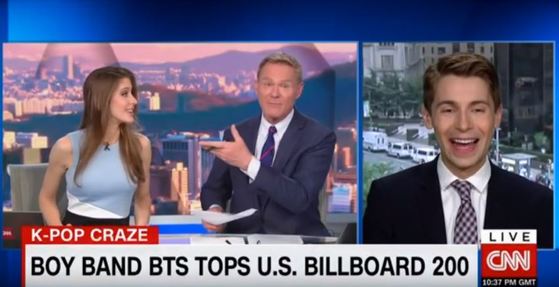 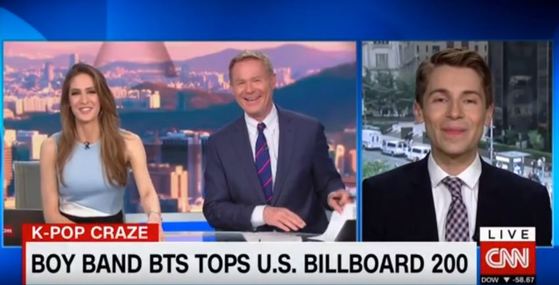 
Benjamin wrapped up his speech by saying "Hope you guys listen", and the male anchor pointed female anchor and said, "Absolutely, Bianca is playing it for all day". She then said, "Yeah, I actually have been playing. Did you hear that?" Everyone began laughing when the male anchor answered, "Yes, I did."

Previously Billboard on May 27 announced BTS topping the chart of Billboard 200 with their latest released album LOVE YOURSELF: TEAR. As the first ever Korean album to stand atop the spot, BTS' non-English album made it happen 12 years after a Spanish, Italian vocal group Il Divo's song Ancora topped Billboard 200 in 2006.


Compliments and praises from in and out of countries went unto BTS who earned their own modifier of "The best boy band".