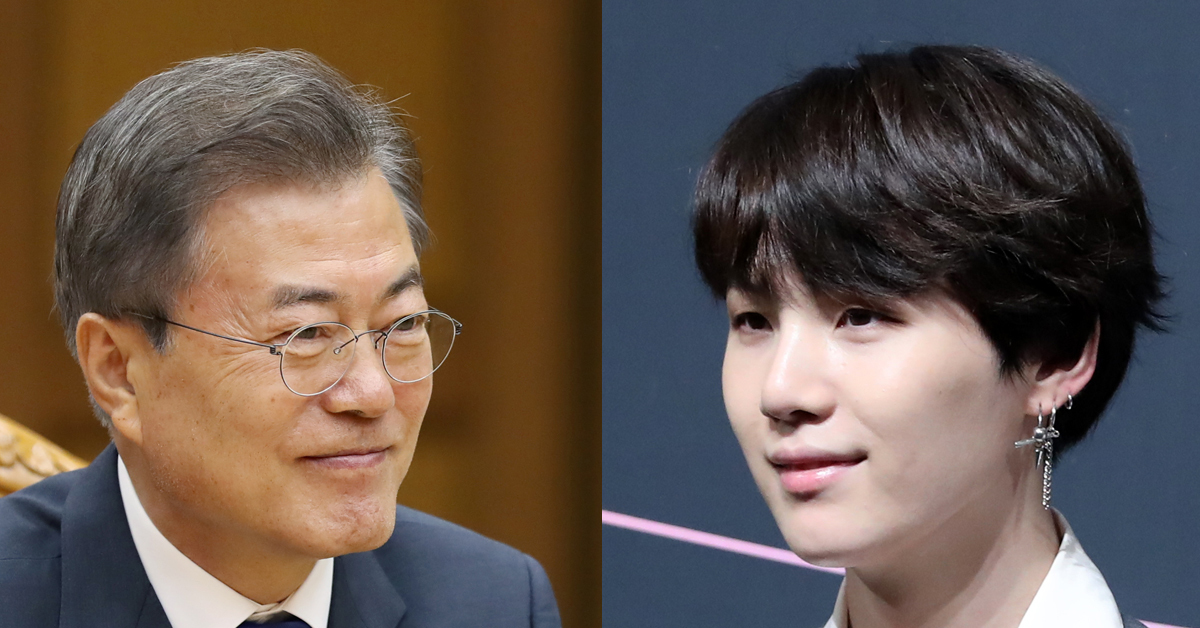 
The names of each member- JIN, SUGA, J-HOPE, RM, JIMIN, V, and JUNGKOOK are going to be remembered for a long time.

South Korean president Moon Jae-In took few minutes out of his very busy schedule to congratulate BTS topping Billboard 200 with its latest effort, LOVE YOURSELF: TEAR. On May 28.

President Moon shared a congratulatory message to BTS and ARMYs with his excitement about BTS' accomplishment in the US.


Moon on his facebook started, "Congratulations to the Seven Music-loving Boys and Their Wings, 'ARMY'!"

Praising BTS, he mentioned, "The songs, dance, dreams, and enthusiasm of BTS energized and gave strength to young people around the world. I congratulate of BTS on topping the Billboard 200 with their album titled LOVE YOURSELF: TEAR. This is the first ever Korean album to claim the top spot, and also the first non-English album to do so in 12 years."

He went on, "At the very heart of BTS' outstanding dancing and singing is sincerity. This magical power turns grief into hope and differences into similarity. Each of the seven members sings in a way that is true to himself and the life he wants to live. Their melody and lyrics transcend regional border, language, culture, and institutions."

President also conferred blessings upon BTS' future musical walking, "I wish BTS to achieve the dream they desire, winning Grammy Awards and having a stadium tour. Bangtan, which literally means bulletproof in Korean, was born out of the will to protect teenagers from prejudice and oppression. The names of each member- JIN, SUGA, J-HOPE, RM, JIMIN, V, and JUNGKOOK- are going to be remembered for a long time. Thank you, BTS for spreading joy across Korea and the world with your great performances."

Previously Billboard on May 27 announced BTS topping the chart of Billboard 200 with their latest released album LOVE YOURSELF: TEAR. As the first ever Korean album to stand atop the spot, BTS' non-English album made it happen 12 years after a Spanish, Italian vocal group Il Divo's song Ancora topped Billboard 200 in 2006. 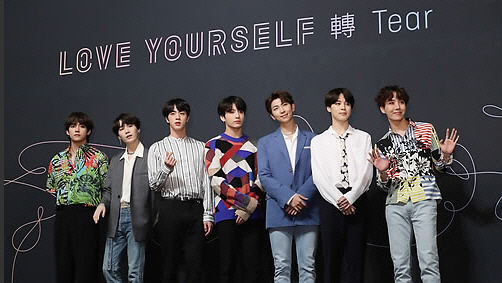