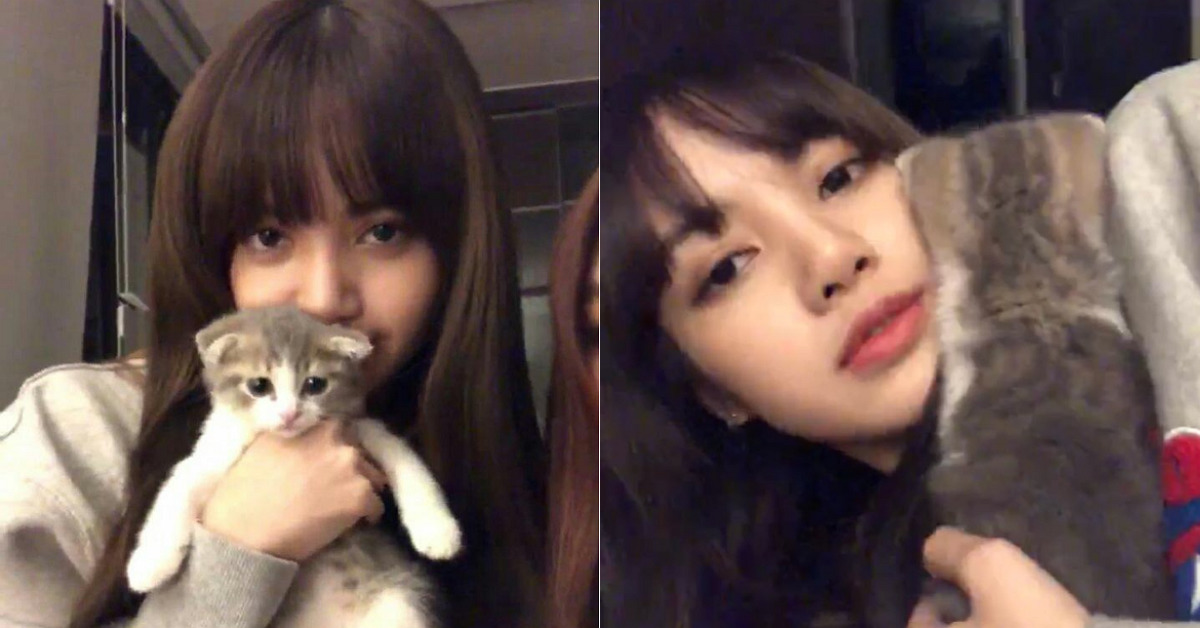 This cute creature's name is Leo!!


Leo, who looks so adorable with big round eyes, soft grey, and white fur, is a Scottish Fold cat. 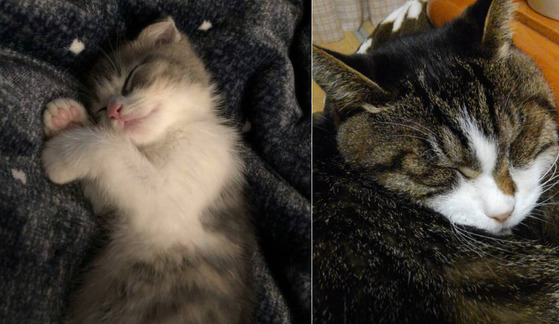 
In the broadcast, Lisa cuddled Leo in her arms, as she kissed, played, made eye contact with him.

Lisa certainly looked like she's in love with her new baby. 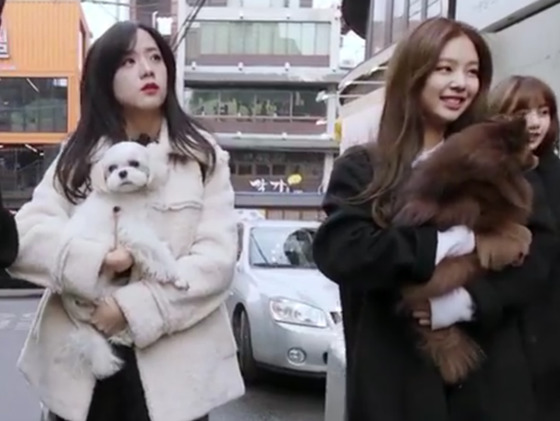 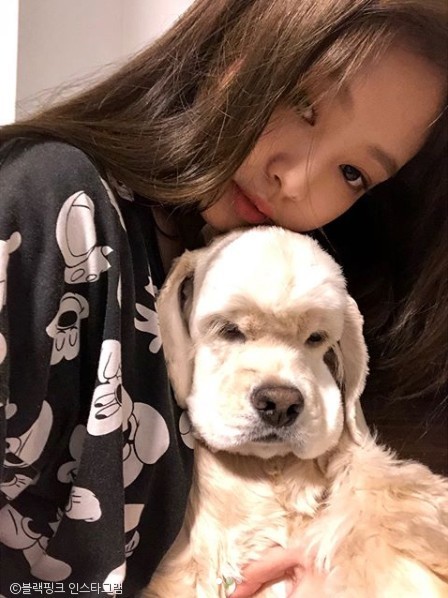 Jennie and her dog Kai, photo from Instagram @blackpinkofficial