BLACKPINK Members' Reaction When JISOO Went Out of Tune


Jisoo of BLACKPINK went 'out of tune' during a live performance of As If Your Last on a radio broadcast.

They are so cute every moment!


The problematic part was "Won't you set me free~" which was where Jisoo had to hit a high note. While she was focusing on singing with her hands on her headphones, her voice cracked a little bit and she smiled at other members, looking embarrassed.

At the moment of Jisoo's out of tune, how did the other members react?


Jennie, who was right next to Jisoo, laughed as she made eye contact with Jisoo and then checked other members' responses.

As she found out that nobody really cares, Jennie made a bigger laugh, patting Jisoo who was still making a tearful face.

Jennie is such an angel to actively soothe Jisoo.


It was Rosé's turn to sing after Jisoo.

Rosé tried to stay more focused, not to make a mistake following Jisoo.

Rosé showed a professional aspect, as she sang without being distracted by an unexpected situation.


Lisa is busy dancing to the music 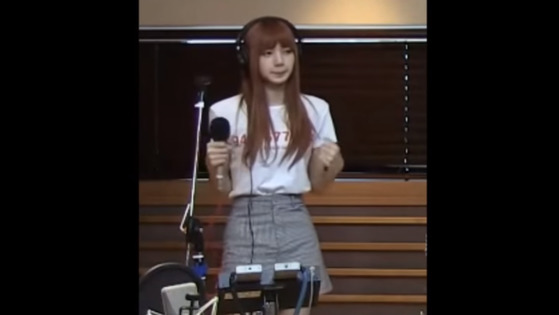 
Lisa was the furthest from Jisoo. She just joyfully danced to her own pace, not giving much attention to Jisoo's cracked voice.


As Rosé coughs after singing her part, Lisa gave Rosé an indifferent glance. Lisa's response is such a 'cool girl' itself.