IU was not the only one who captured BTS Jungkook's heart. Jungkook's mesmerized face at BLACKPINK Rosé's stage has been spotted by fans. EXO's Xiumin who was next to Jungkook also fell deeply into her performance, as if he was captivated by Rosé's voice.


On one of the stages of 2016 SBS Awards Festival(SAF), Chanyeol of EXO, Jihyo of TWICE, Rosé of BLACKPINK and the acoustic duo 10cm, made a collaboration performance. 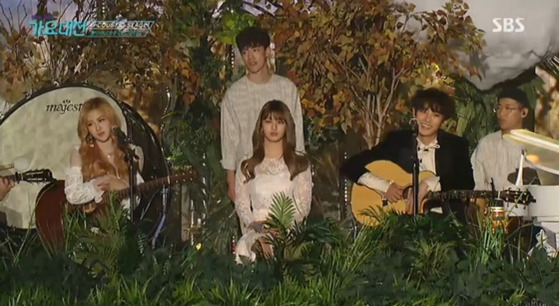 
On this stage, Rosé performed BLACKPINK's hit song Whistle to an acoustic guitar accompaniment. As soon as Rosé started singing, the stage was instantly filled with her mystic and mellow voice and Jungkook could not take his eyes off from the stage, with his mouth wide open.

His fans who spotted this scene wrote comments such as, "This is the face I made when I fell in love at first sight", "I am still looking for a guy to look at me like that". 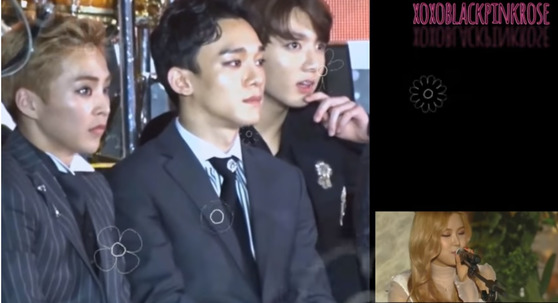 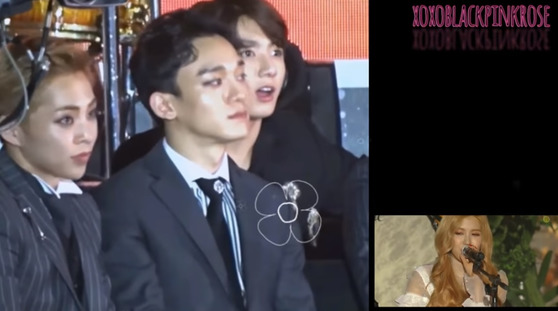 
EXO's Xiumin and Chen also could not hide their dazzled faces. Xiumin was even caught by SBS's live broadcasting camera, while he was singing along to Rose's voice with a blissful smile on his face.

It's been told that Jungkook is a fan of YG artists' music style. Fans are assuming that that's why he was more impressed at Rosé's performance.