BTS V Is a Well-Known Ultimate Fanboy of GALLANT, an American Singer? 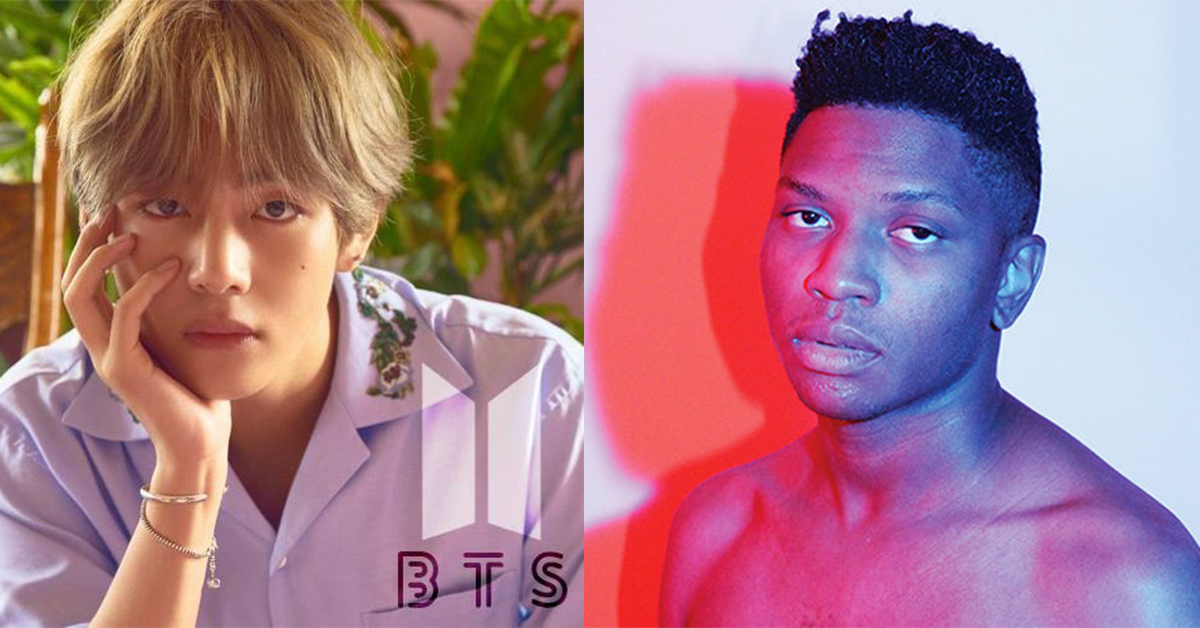 
ARMYs might be aware that V is an ultimate fanboy of an American singer, Gallant.

V is a successful fan!


They've previously met each other in MAMA 2016, and there's a well-known video of V rushing through the hall to seize Gallant's performance. Including V, whole BTS members seemed raptured by his stage. V even bragged it on a V LIVE "I met him at MAMA. I even talked to him." 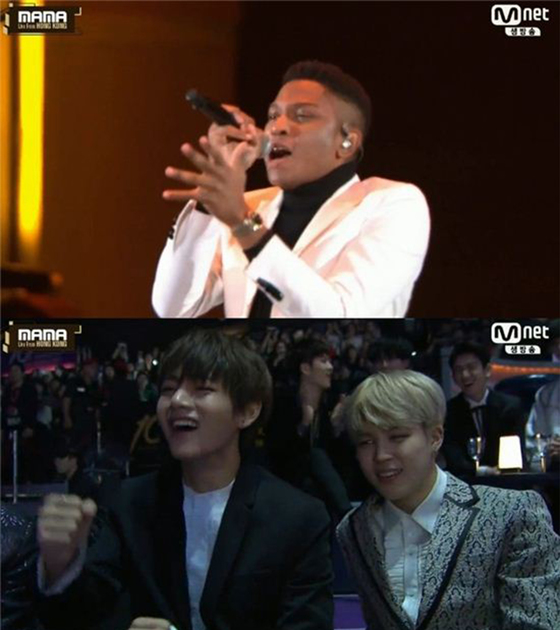 
However, V's fanship wasn't one-way. Gallant uploaded a video clip on Twitter with a caption "Stoked to finally meet the homies", where he was surrounded by BTS boys and were singing Weight in Gold altogether at 2016 MAMA backstage. 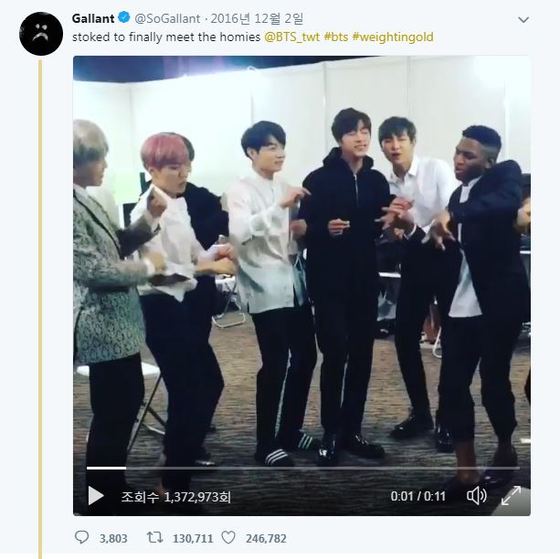 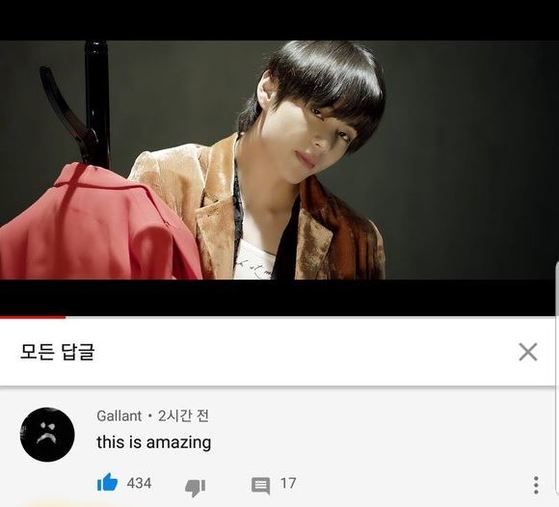 
In addition to this video, Gallant has left a comment on BTS's LOVE YOURSELF 轉 Tear 'Singularity' Comeback Trailer, "This is amazing." More surprisingly, he recently tagged BTS Official Twitter and tweeted "Maybe we can sing this one next?" with his latest song Doesn't Matter music video attached.


When you go over the thread, ARMYs seem shocked and agitated as much as V and other BTS members. They are happy that BTS boys are getting loved internationally, even by a popular singer they adore. Maybe we could expect their priceless collaboration anytime soon? This was VoomVoom.