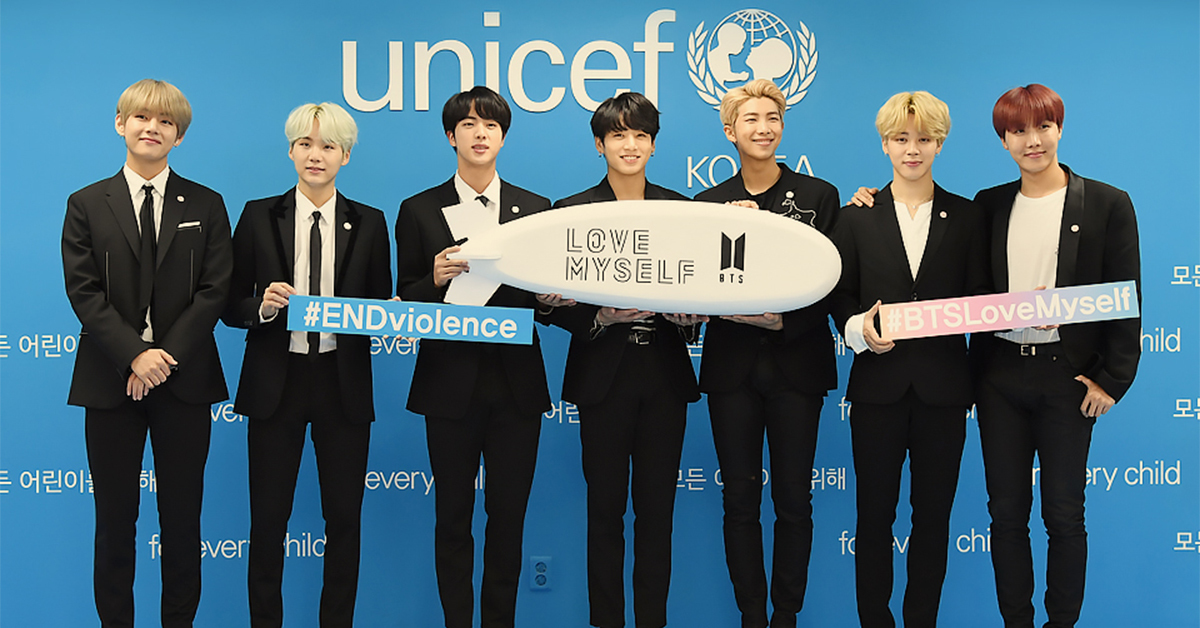 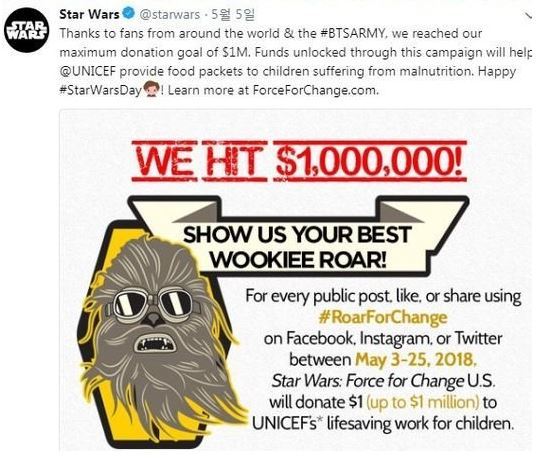 
Star Wars on May 5 posted on the official twitter "Thanks to fans from around the world & the #BTSARMY, we reached our maximum donation goal of $1M. Founds unlocked through this campaign will help @UNICEF provide food packets to children suffering from malnutrition. Happy #StarWarsDay! Learn more at ForceForChange.com" 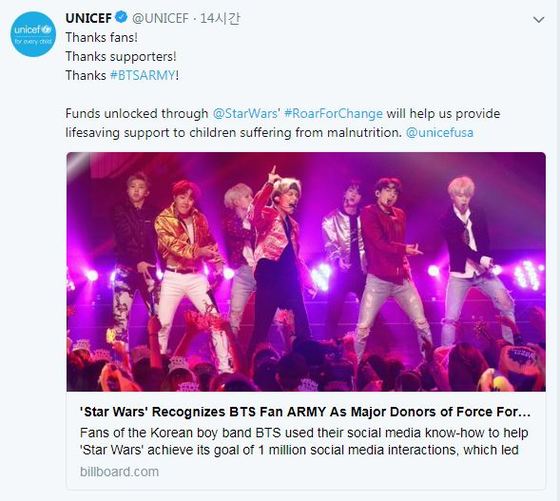 
Star Wars began this campaign to celebrate May 4, Star Wars day. While the campaign expected to last through May 25 aiming to reach up to maximum $1M of donation goal, it only lasted for 2 days, with the ARMY power.

ARMY, have been immensely active in regards to fundraising on behalf of BTS. They actively participated in the campaign sharing posts and hashtag #RoarForChange. Including Billboard, foreign presses acknowledged ARMY's strength that they are truly a socially active fandom. 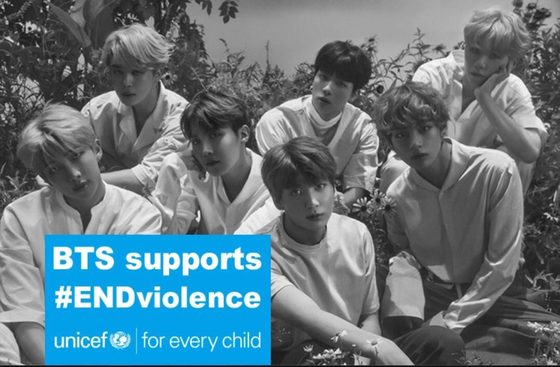 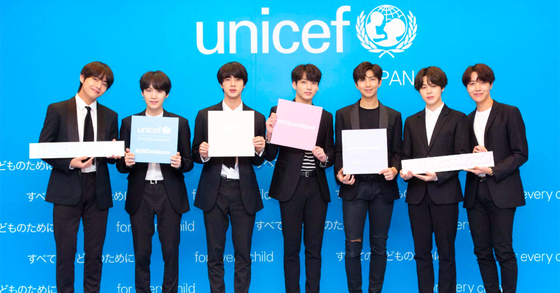 
This wasn't it. Starting November 2017, BTS collaborated with UNICEF on 'Love Myself' Anti-violence campaign. They joined forces to sponsor #END violence and aimed to support and protect children and young adults.

The group plans to provide funds to support donation; 3% of profits from their mini-album LOVE YOURSELF 承 HER and profits from official campaign goods. As of January, the company has collected 600 million won and took initiative in donating. 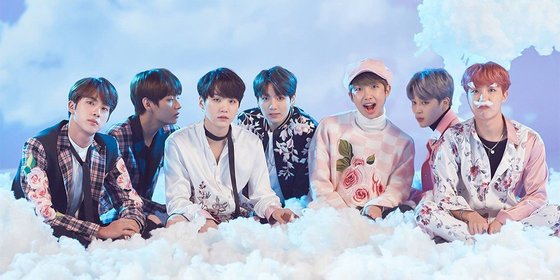