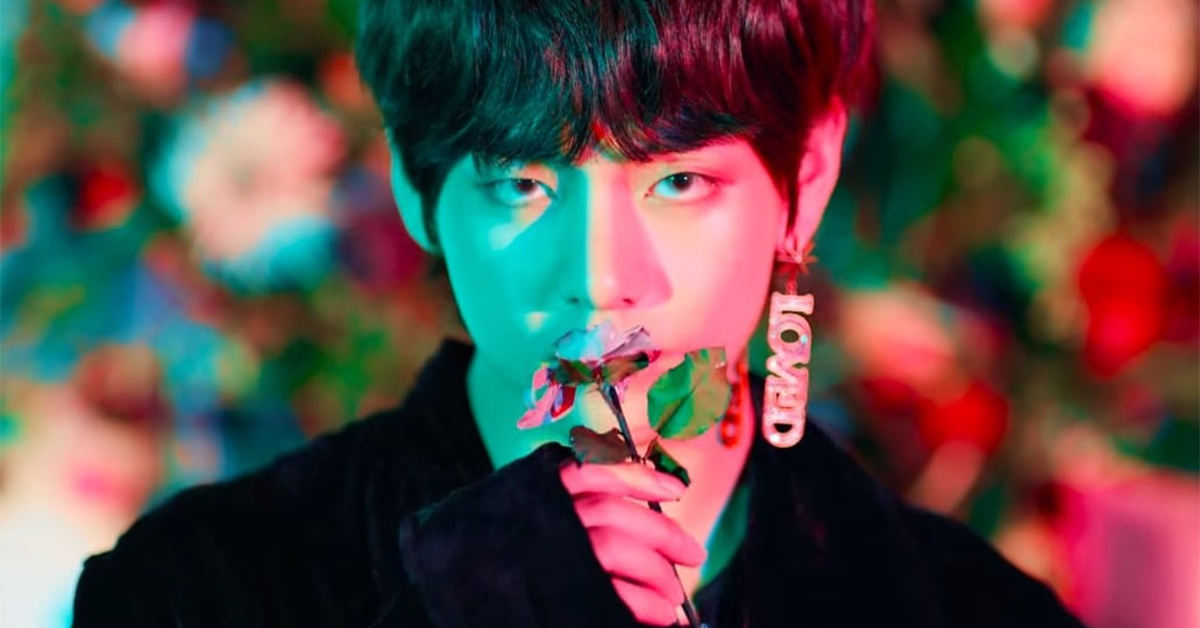 
Less than two weeks remained before the release of BTS's new album LOVE YOURSELF 轉 Tear, but a sudden drop of the comeback trailer Singularity on May 6 blew minds of the fans. V's sole appearance and dance performances in the trailer has gone viral immediately after its release and over millions of fans started to tweet "singularity". 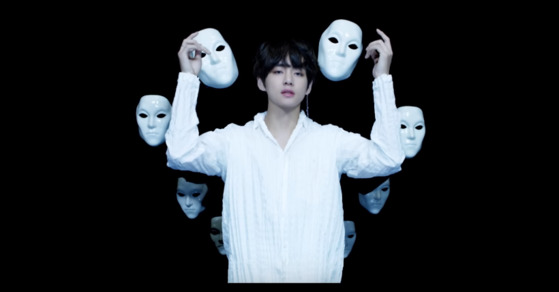 
However, when the term "singularity" reached #1 trend and remained on Twitter worldwide for quite a bit of time, American intellectuals tweeted about what came into their minds when they initially encountered the word.


"When I first saw #Singularity trending I thought it was a technological singularity where machines finally become more intelligent than humans. Thought maybe our time is over like the dinosaurs. Then I saw it was a K-pop band I knew so little about, and wanted to learn more." -Eugene Gu 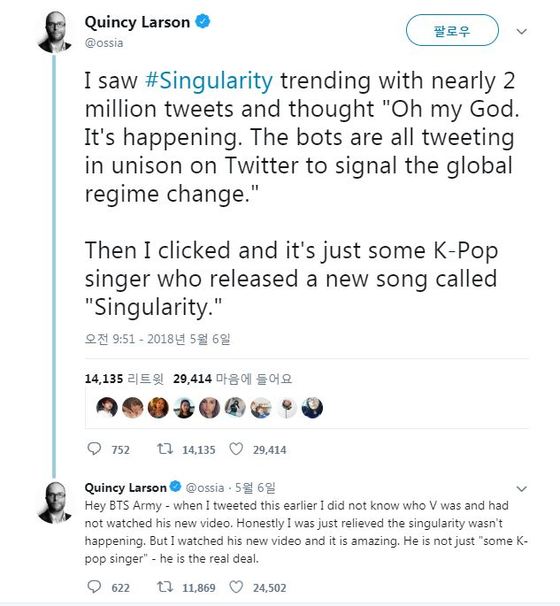 
"I saw #Singularity trending with nearly 2 million tweets and thought "Oh my God. It's happening. The bots are all tweeting in unison on Twitter to signal the global regime change. Then I clicked and it's just some K-Pop singer who released a new song called Singularity." -Quincy Larson 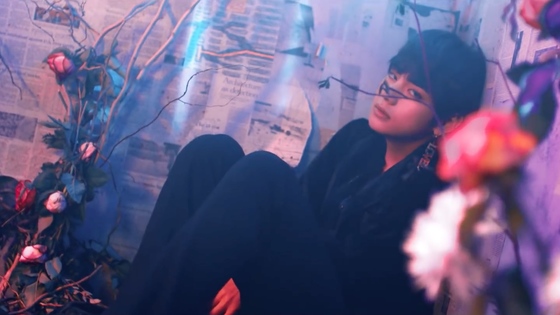 
Although the intellectuals got shocked with the thought that singularity is actually happening, they were relieved by the fact that BTS V was is behind these happenings. They claimed that they are newbies to K-pop but corrected his mention from "some K-pop singer" to "a real deal" after watching the teaser video.