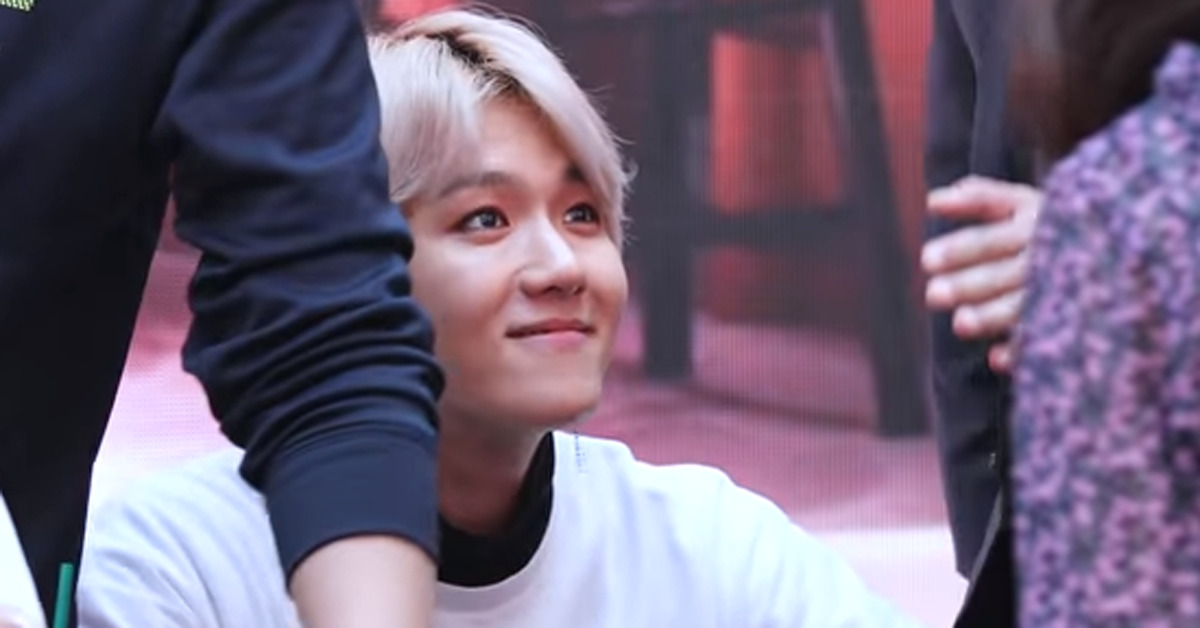 
The video in which Baek Hyun, a member of EXO's unit group EXO-CBX, took care of a fan is a hot issue on the Internet. 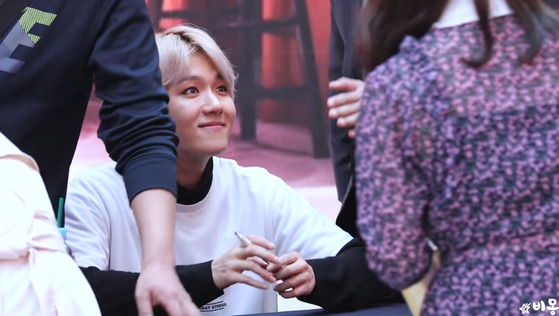 
On April 22, Baek Hyun met his fans at a fan signing event of EXO-CBX. As a fan comes a bit closer to Baek Hyun, a guard holds his arm out, trying to block her. 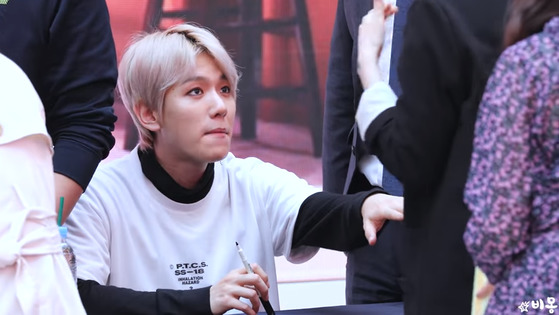 
As Baek Hyun saw this, he stopped the guard like he doesn't want the guard to mind the situation. His mouth saying "Don't block her now" could also be spotted. 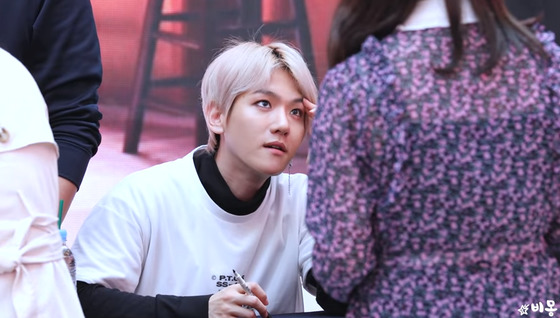 
Then, his eyes changed instantly as he looked into his fan's eyes and continued conversing with her.

A fan who went to this fan signing event also said "I felt so uncomfortable because the guards were blocking me even though I bent only a little bit. We know touching is prohibited so please give us a break."


Baek Hyun has a nickname of 'daddy' because he always takes a warm care for his fans. Many fans who saw this video are responding "There's a reason he's called a 'daddy'."