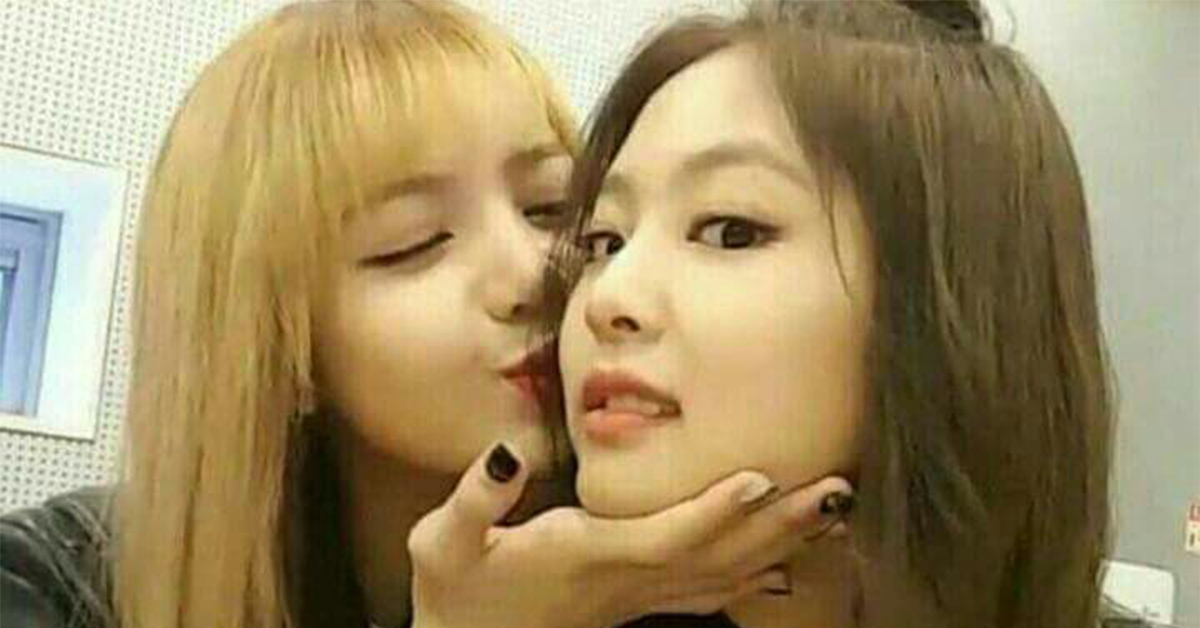 
BLACKPINK members are well known for having a family-like close relationship, showing their full affection toward each other.


While many of the fans already have noticed, Lisa was numerously caught on camera while kissing other members.

Jisoo told her fans, "Lisa is trying to kiss me. Ugh." And she described how Lisa kissed Jennie on the phone the day before. According to Jisoo, Lisa sent her kiss to Jennie by the phone, in a very cheesy way. She said she felt "thank god Jennie's on the phone."


Jennie jokingly added, "if I look upset today, it's because of yesterday's incident."
But Lisa's love was still overflowing.


In another live stream video clip, Lisa tried to kiss Jisoo again.
Jisoo said, "Jennie, Rose, are you guys watching this? Save me please" and added, "I feel sorry for all the Blinks" when Lisa sent her kiss to fans, giving peals of laughter to the audiences.