'Here and There!' Where Can I See the EXO BUS?


EXO BUS visits EXO-Ls all around the country starting from May 1.

MLB, the sports casual brand under F&F, announced that they are running buses wrapped with photos of the brand's model, EXO.

Total of nine buses of EXO BUS will tour around regions including Seoul, Gyeonggi, Daejeon, Daegu, Busan, Gwangju, and Jeju. More specific routes of EXO BUS can be found at the MLBCREW website. 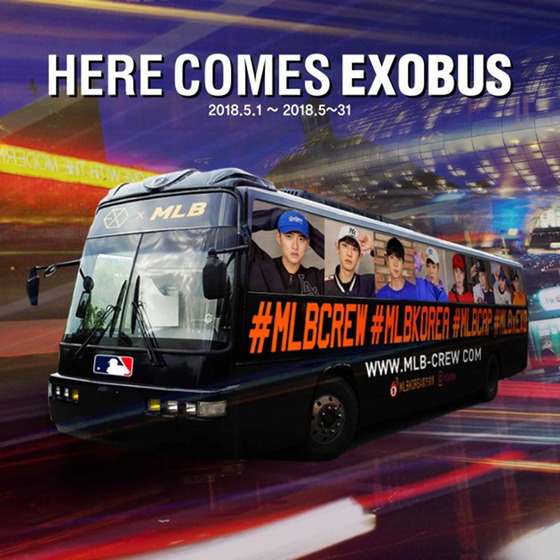 
MLB holds an SNS event, celebrating the run of EXO BUS. Among people who take a photo of the EXO BUS and upload the picture on Instagram with the hashtags #EXOBUS, #EXOXMLB, #MLBCREW, will be held and the winner will be provided with special gifts composed of MLB products EXO wore in the photo and a bromide with all EXO members' signature. The event will continue from May 1 to 31 and the winner will be announced on June 5.

Moreover, MLB is progressing a #MLBCREW campaign which is a campaign cheering for people who are trying to become a major in their field. Approximately 40 influencers from various fields including EXO whose an ambassador as well as the brand's model, and DJ Soda, model Lee Yeonhwa, are active as the MLBCREW.

Along with the campaign, MLBCREW's website in which EXO's photo shoots and various contents can be enjoyed has been newly opened. The MLBCREW site provides service in English, Chinese, Korean, enhancing accessibility for global consumers.

The marketing staff from MLB said "We planned to run EXO BUS in order to present special entertainment and to feel friendly to our consumers. Besides EXO BUS and theater ad showing, we will hold different activities with EXO and try to become a more intimate brand."