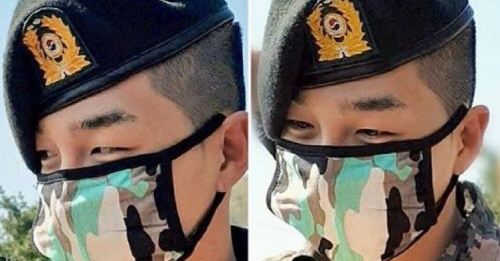 'Sina.com' of China released photos of Taeyang taken by his fans "after 5 weeks of basic military training, Taeyang attended the completion ceremony".

Taeyang looked manly in his military uniform. He had a mask on his face, getting escorted by the guard on the way to the ceremony. He also seemed happy with a flower bouquet from a fan. Surrounded by other soldiers' families and fans, Taeyang showed his dignity as a 'Hallyu' star. 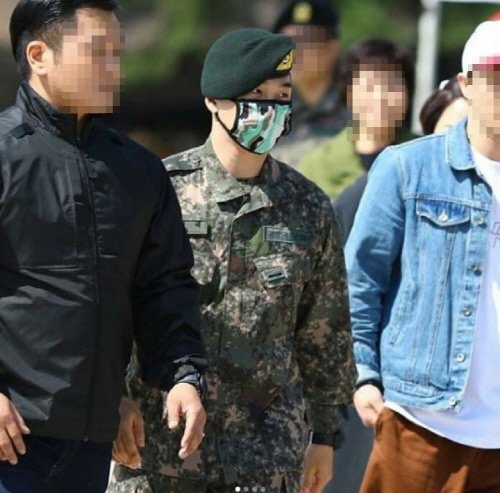 
On March 12, Taeyang entered the sixth division of Cheongseong unit in the Recruit Training Center. Taeyang has completed the 5-week basic military training and is going to serve at 5th artillery brigade in Chulwon, Gangwondo starting from April 19.

After 4 years of dating, Taeyang and Min Hyo-Rin became an official married couple. The wedding took place on February 3 in a church located in Gyungido, and many friends and acquaintances attended to congratulate them.