TWICE 'WHAT IS LOVE?' MV Sets a New Record of Hitting 50 Million Views 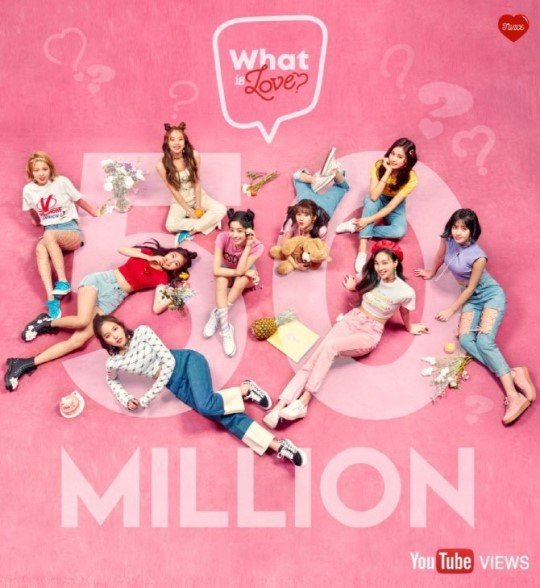 
Previously around 6 pm on April 10, TWICE achieved greatest hits on Youtube within 24 hours of release. Their new records established continuously on April 11 5:32 am with 20 million views, April 13 1:20 am with 30 million views, and April 15 3:14 am exceeding 40 million views, setting a remarkable record as a girl group.

Starting from TWICE's debut song Like Ooh-Ahh to Heart Shaker, all of their 7 promoted songs have exceeded 100 million views. And now they are on the way to make What is Love? as their 8th song reaching 100 million views.