Korea's best currency designer has designed 9 different faces of EXO members on the front side of the medal, and the latent images have been applied to prevent possible forgery. Together with EXO's logo, commemorating phrase are printed at the back of the medal. 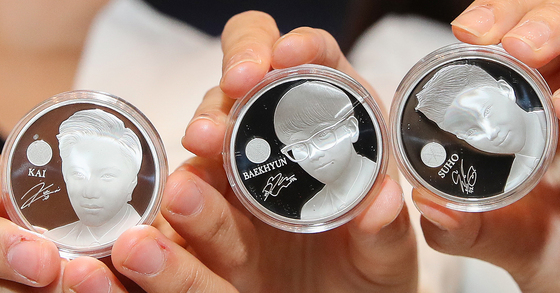 
」
The medals will be available in regular and special package versions. They are identical in design but differ in sizes and packages. 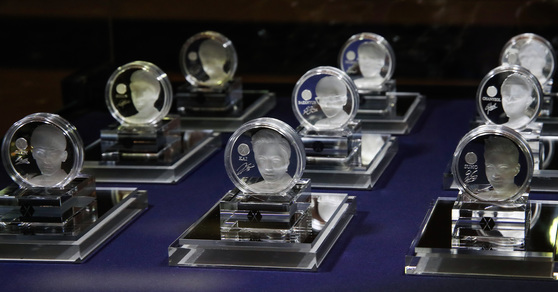 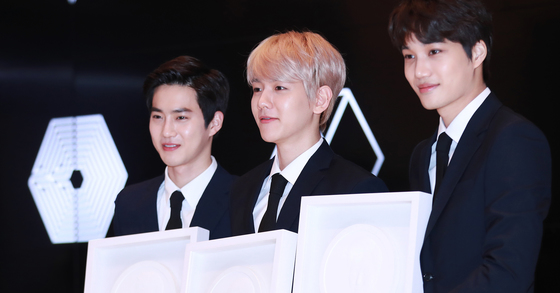 
EXO became the first to be entitled as 'Quadruple Millionseller' in South Korea by reaching a million sales in 4 different albums after their debut in 2012. President of KOMSCO, Cho Yong-Man mentioned "I wish the EXO commemoration medal created with global production technology and sophisticated design will help proliferating Korean cultures. I look forward to heightening national brands by creating multitudinous medals".

The price and order method will soon be posted.