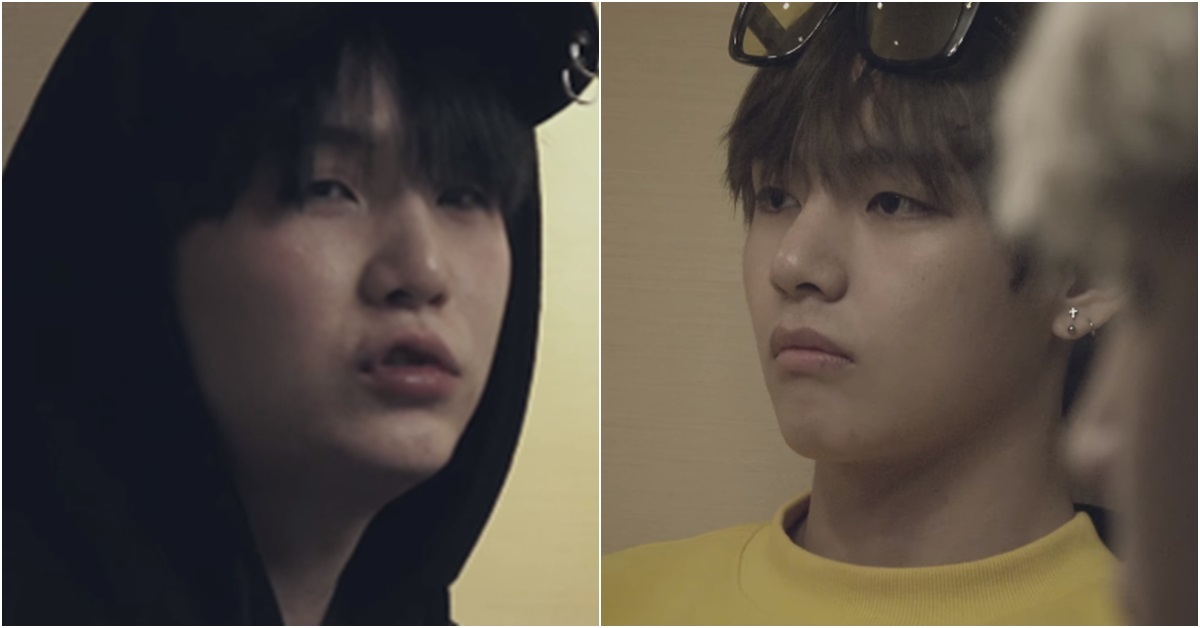 
'Voomvoom' is introducing the episodes of 'BTS: BURN THE STAGE' of Youtube Red Originals that can be seen nowhere but in Korea, US, Australia, New Zealand, and Mexico. 'BTS: BURN THE STAGE' covers in-depth reporting of 300 days of '2017 BTS LIVE TRILOGY EPISODE III THE WINGS TOUR'. And now, Voomvoom is going to begin the backstage story of BTS that would bring tears and laughter to ARMY. 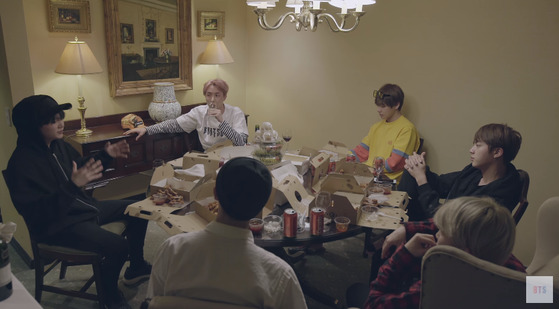 
In Ep.3 Just give me a smile released on April 4, scenes in which members were drinking wine was portrayed.


While they were having a conversation, Jimin brought up Suga's accident by saying, "Remember, ? There was Bangtan room downstairs," "You fell down and hurt your shoulders." 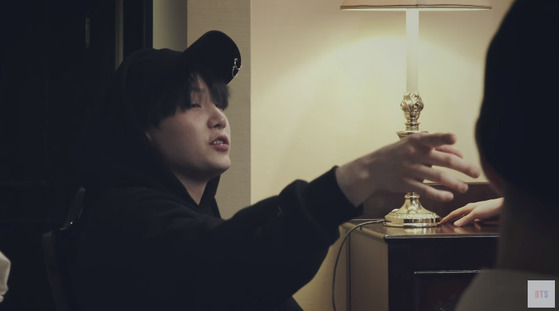 Suga answered, "I told you guys that I fell down but I actually had a car crash." As they heard this, RM asked, "Why? And how?"

It has been told that this story also appears in a song Suga made. It is known that because of the aftereffect of this accident, Suga cannot do b-boying or other sports. 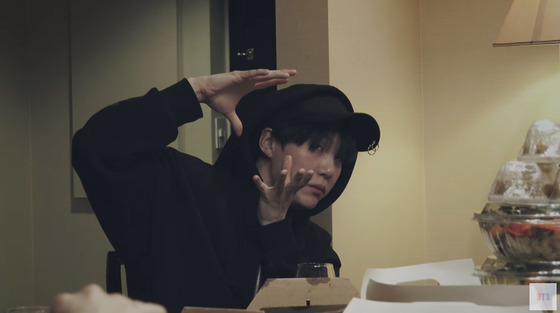 
"I had the accident when I was delivering on a motorcycle," Suga said. "When I opened my eyes, I could see the wheels right in front of me. I got dragged into the wheels and couldn't move because my shoulder was dislocated." Then he added, "I couldn't tell the truth because I was afraid the company might fire me. But later when I told them, the company paid for my tuition." 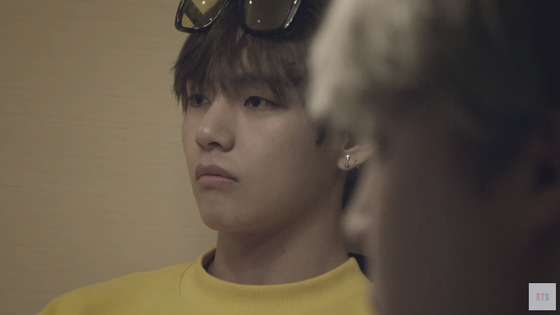 
After listening to Suga's story, RM expressed his pity saying, "Wow, that was the story. I was curious what on earth the lyrics 'holding my smashed shoulders' meant."