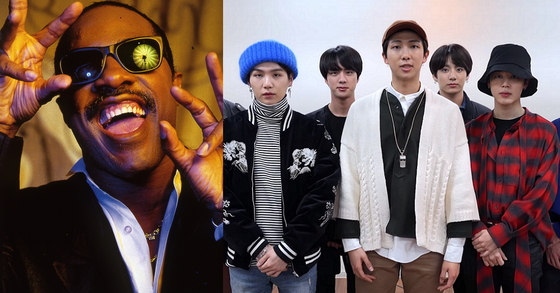 "Stevie Wonder personally asked BTS to join the campaign, and BTS decided to partake in the campaign as they also believe in its cause," Big Hit explained.

BTS starred in the 'Dream Still Lives' campaign video alongside some of the most influential figures around the world including the former U.S. President Barack Obama, former U.S. First Lady Michelle Obama, The Chainsmokers, Mariah Carey, and Tim Cook. The clip was posted on Stevie Wonder's official YouTube account on April 5.

BTS was the only Asian celebrity to appear on the video. "Our dream is for people to be able to love themselves," said RM.