STEP-BY-STEP: How to Write to BTS 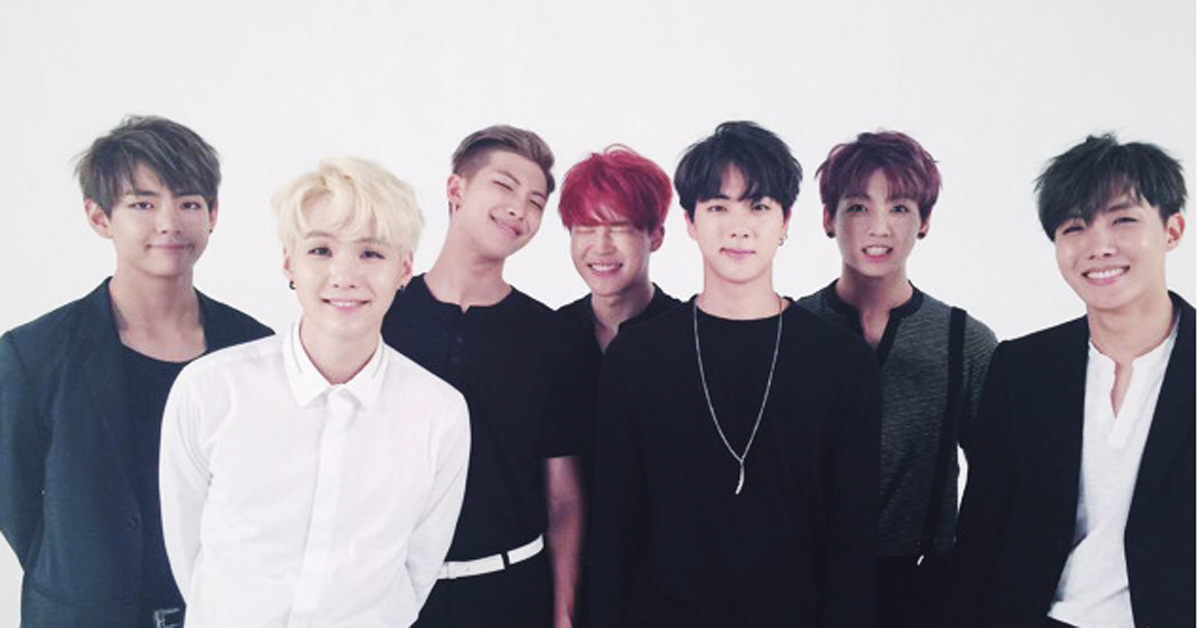 Want to write to BTS? Click to see how!


According to the instructions, letters from fans should fit the standard size paper envelope. 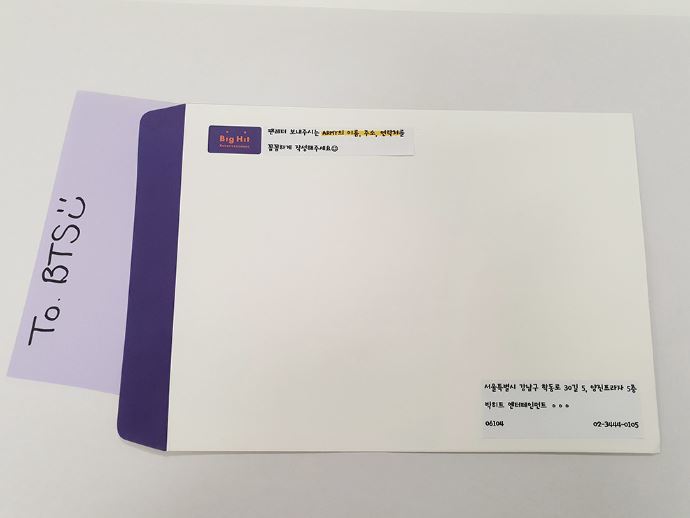 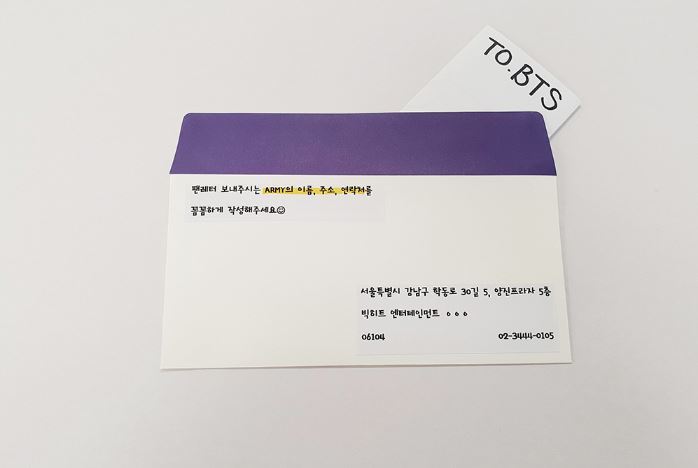 
If your letter is bigger than the standard size envelope, it might be returned to you.

The letter should be sent to the following address:

If you visit the Big Hit Entertainment building unauthorized to deliver the letter or parcel yourself, it won't be accepted.

BTS announced in January that they will no longer receive gifts from fans. While they appreciate the kind gesture, BTS decided that it could be put to a better use at places where it's really needed.