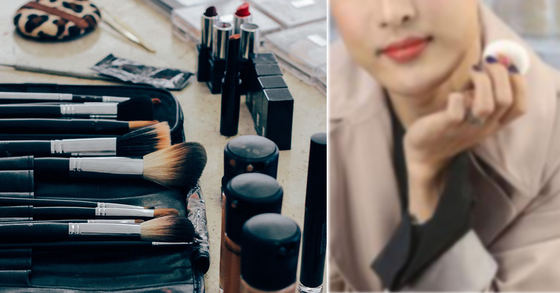 
A K-pop boy group's stylist is under fire for controversial comments made online.

"It would be easier for you to understand if your boyfriend was wearing makeup like a woman."

On an Instagram story - which disappears after 24 hours - the stylist wrote "Is makeup a thing among guys these days? It makes me want to puke."

Netizens pointed out that such remarks degrading men wearing makeup were inappropriate.

The post went "I'm under fire for what I posted on my Instagram story but the said post is now gone" and "The day I uploaded the controversial post I saw four men wearing makeup outside. I wasn't talking about idols."

The post further read "It would be easier for you to understand if your boyfriend or your lover, husband were to wear beautiful makeup 'like a woman.' I respect freedom of speech and I'm not against homosexuality but normally I don't like guys wearing heavy makeup."