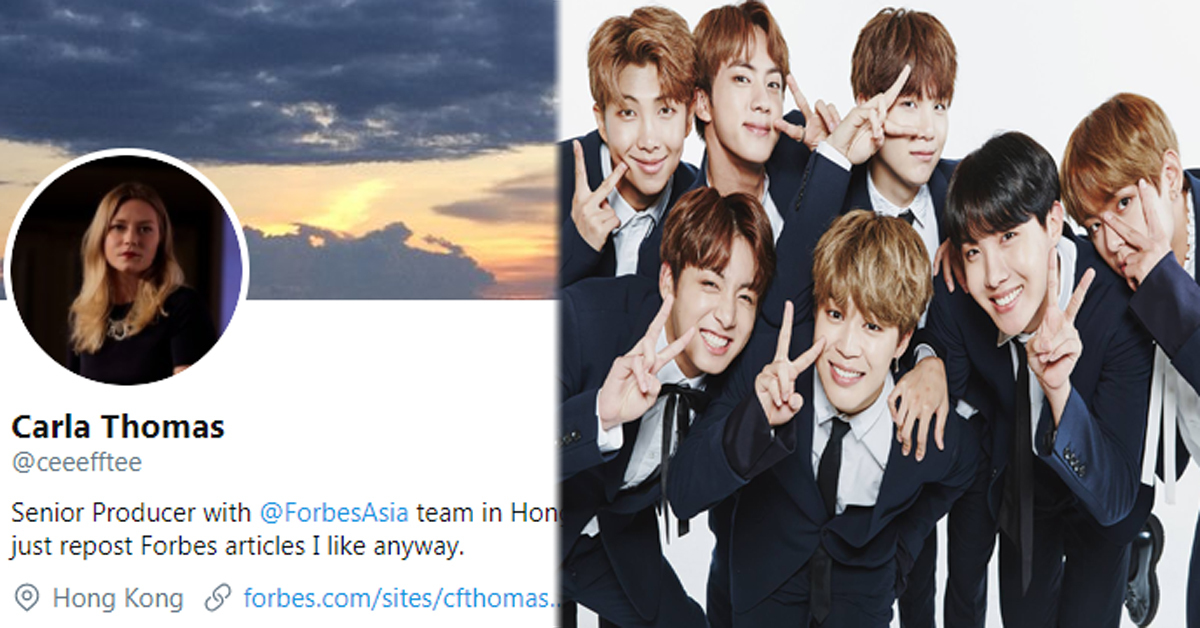 "There's no topping this"


In response to Big Hit Entertainment retweeting her article on BTS, Carla Thomas wrote "The kings of Twitter just retweeted my article about them. There's no topping this, thanks all, it's been real. *throws work laptop out the window*"


In her article titled "BTS: The K-Pop Group That Finally Won America Over," Carly Thomas writes "In if you asked most Americans to name just one Korean performing artist, odds are high the answer would have been a resounding "BTS." Known as "Bangtan Sonyeondan" in their home of South Korea, this seven-member boy band has grown from a local pop sensation to a global phenomenon."

The article defines BTS's global success in cracking the "elusive and highly-competitive American market" to be based on over a billion online streams and a veritable "ARMY" fanbase.