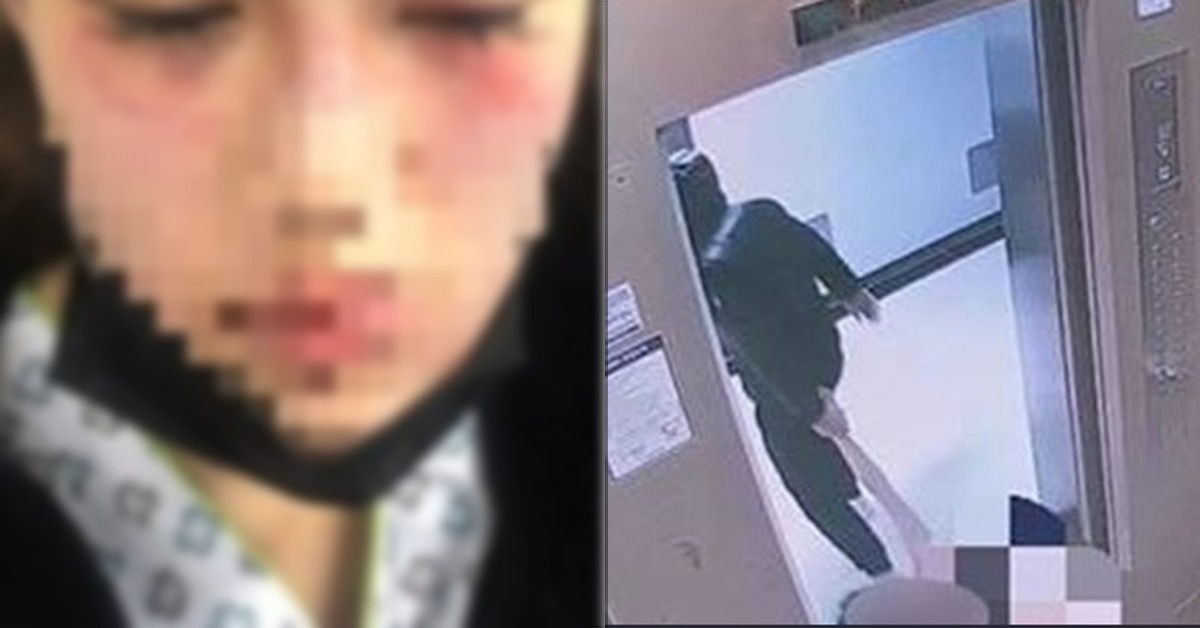 Dating abuse is a global pandemic. South Korea also fell in shock as a 19-year-old male was caught on camera severely beating his girlfriend and dragging her naked.

Unbelievable how such a heinous incident could take place.


The incident was brought to light when the survivor wrote on her Facebook account about the dating violence she had to endure.

According to the post, she was battered when she tried to break up with her boyfriend of three months. The boyfriend had offered to break up with her should she check her mailbox for an object he had placed there. When she opened her door to reach her mailbox, she came face-to-face with her boyfriend, who was waiting right in front of her door. He dragged her to a bathroom, where he assaulted her severely.

A clip released from a nearby CCTV captured the shocking incident. Inside an elevator, the ex-boyfriend drags the girl by the hair, who passed out from the assault.

The abuser was placed under arrest for illegal confinement and assault. After being arrested, however, he is said to have messaged his girlfriend "I got arrested…Get well soon and don't meet other guys. I'm princess."

Many victims of dating abuse refrain from reporting the incident due to fear of retaliation. The survivor of incident also expressed fear, saying that "I'm scared that my ex-boyfriend might find me after he's released. He said that he would locate me through a private detective agency."

Calls for higher sentences regarding dating abuse are on the rise. In South Korea, there are no laws specifically targeting dating abuse. One is punished under battery charges with a maximum sentence of two years or penalties under 5 million KRW ($4,687 USD). Many blame such light punishments for reoccurring incidents of dating violence. The survivor said "Many hide incidents of dating abuse due to fears of retaliation," but she notes "perhaps a bit of courage is what we need for dating violence regulations and harder sentences."