BTS is indeed an anomaly in the hostile American market.


In a March 26 article titled "BTS: The K-Pop Group That Finally Won America Over," Forbes asks "How did they (BTS) do the impossible, and crack the elusive and highly-competitive American market?" 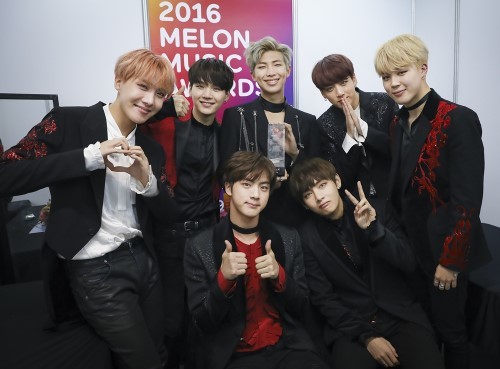 
Forbes shines a light on "over a billion online streams and a veritable "ARMY" of screaming admirers" behind BTS' rise to global stardom. The online streams and the great fandom makes BTS the best-selling K-pop album of 2017, which is "remarkable when you consider the demand they(K-pop artists) have been able to generate in English-speaking markets."

Forbes suggests BTS established a name for themselves, saying "if you asked most Americans to name just one Korean performing artist, odds are high the answer would have been a resounding 'BTS.'" The article further reads "this seven-member boy band has grown from a local pop sensation to a global phenomenon" thanks to their fanbase, who turn up en masse both online and on-the-ground to support the group.

Forbes also notes BTS and ARMYs' ability to "mobilize the fanbase across social media platforms" to "coordinate campaigns that have led to major industry awards," and mentions that BTS "holds more sway" than Justin Bieber and President Donald Trump. Forbes foresees a "positive opportunity in their high profile," with BTS and ARMYs hand-in-hand.