Come and get yours! 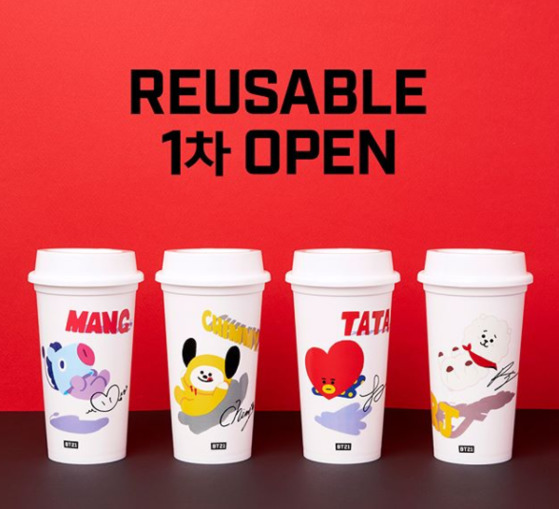 
BTS characters 'BT21' reusable cups are up for sale starting from February 28 KST. The charming eight 'BT21' characters are created by the world-famous boy band BTS, with the members participating in the whole process - interviewing, drawing sketches, overall design, personal preference and values, and modifying the end details. We personally visited a store to check out and buy the cup ourselves.


This afternoon, VoomVoom visited a Dunkin' Donuts store nearby Seoul City Hall metro station, a hot spot for foreigners. And today it rained cats and dogs in Seoul. But despite the stormy weather, Jin's character 'RJ cup' had already been sold out by the time we visited the place.


A sales clerk at the store told VoomVoom that "RJ reusable cups all sold out during lunch. The rest of them are also on the verge of running out of stock. BT21-related products are very popular."


also met a fan who visited the store to buy the BT21 reusable cup. "I collected all the BT21 cushions and dolls. I plan on collecting the cups as well," she said.