“Happiness = Myself” What WANNA ONE Told the Youth of Korea 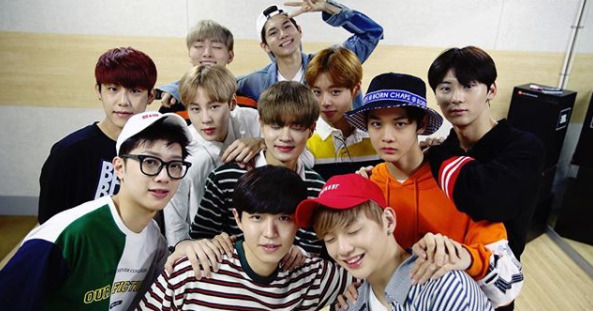 
Yoon Ji-sung of Wanna One offered condolences to the youth of Korea.

Wanna One has been voted as the heroes of the Korean youth.


Wanna One is a boy band composed of 11 members who were selected through a tough competition on the season 2 of the audition reality show Produce 101 broadcast on Mnet. Having undergone such a tough competition themselves, the members gave sincere and heartfelt pieces of advice.


On February 28, a mentoring festival was held at Jangchung Gymnasium in Seoul. Yoon Ji-sung, Park Woo-jin, Hwang Min-, and Ha Sung- of Wanna One were voted as heroes of people in their 20's and 30's and took the stage accordingly.


Yoon told the audience that "I debuted late. The long wait was really difficult for me. I'd heard people ask me, 'when are you going to debut?' countless times. I think it's never too late to do something. I love myself very much at the moment. I want to show people that I'm trying hard. Comparing yourself to others makes you miserable. You've got to focus on yourself." The audience responded with applause.