How JIN of BTS Made CHANYEOL of EXO Burst Out Laughing 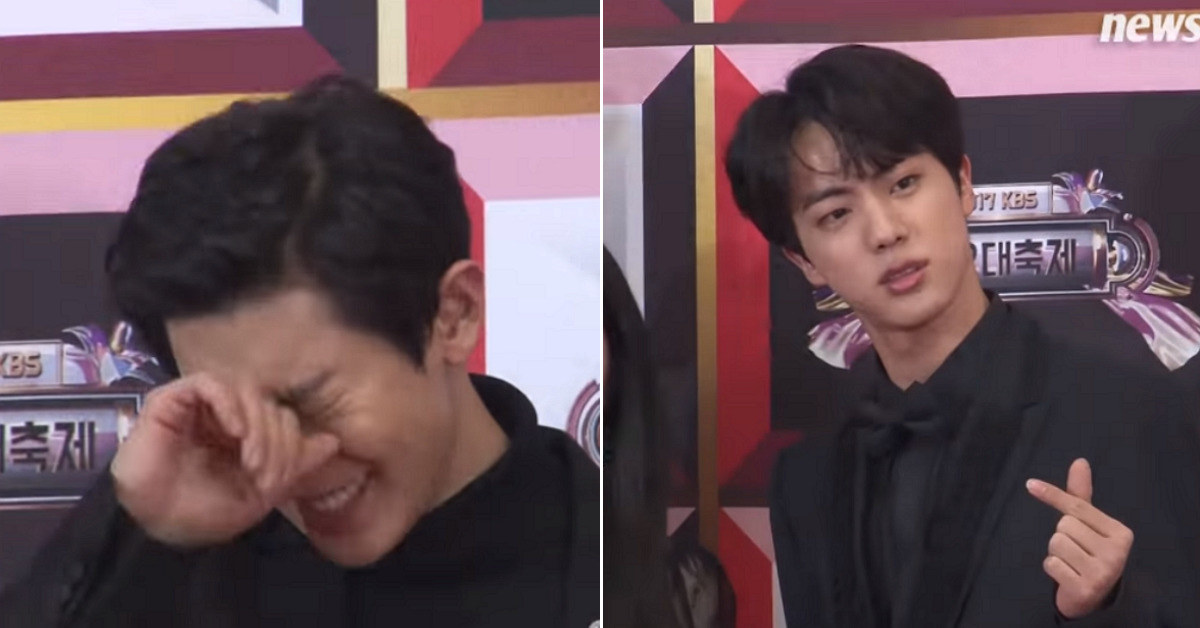 What do you think would happen when BTS and EXO encounter each other?

Chanyeol laughing at Jin being Jin!


Jin of BTS and Chanyeol of EXO met up as hosts of KBS Song Festival 2017 held on December 29.

Before the Festival began, the top-star hosts posed at the photo wall for the press.

When one of the photographers asked Jin to move to the center, Jin seemed embarrassed, moving hesitantly to the center.

This caused Chanyeol to burst out laughing.

Jin made a heart shape with his fingers smiling at the camera, and when he noticed Chanyeol laughing at him, he started laughing as well.

New bromance budding in the K-pop world? Fans are loving their friendship. 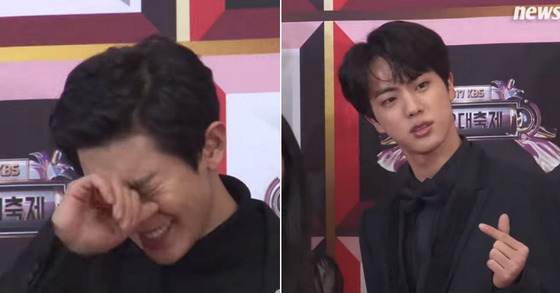