JIN Cuts His Bangs with Just One Hand…The End Result?


There's nothing in this world that the Worldwide Handsome can't do♥


BTS' Jin, with his hair all bushy and disheveled, stands in front of a bathroom mirror.

It's hard for women to cut one's bangs by themselves, let alone men, and it's much more difficult should you attempt to do it with only one hand. Jin, however, holds his cell phone in one hand and scissors in the other and transforms himself into a hairdresser for the day. 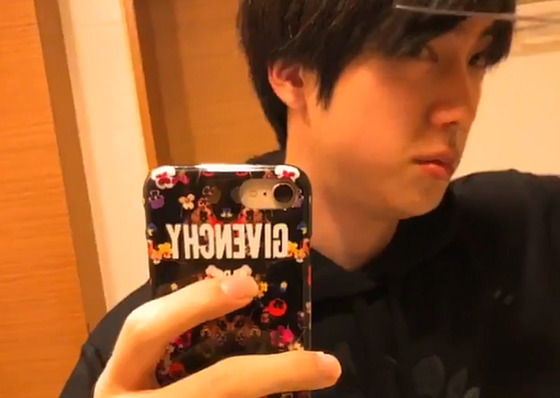 
I bet you're screaming "NO!!!" upon hearing the news, right?

But our worries don't continue for long, as Jin, surprisingly, seems to be of expertise.

Working out the angle of his bangs with his scissors, then carefully cuts, and changes the angle and cuts again.

As a result, Jin has gorgeous bangs, as if he had his hair cut by a professional. Jin, who seems to be marveling at himself, says "Nice."


His locks are all over the bathroom sink, and you can see that he cut quite a lot of his hair.


Taking a careful look at his bangs, a perplexed Jin stares in the mirror and goes "Huh? Something…" and the clip ends right there.


He's full of quirky little surprises, and that's why ARMYs love him.