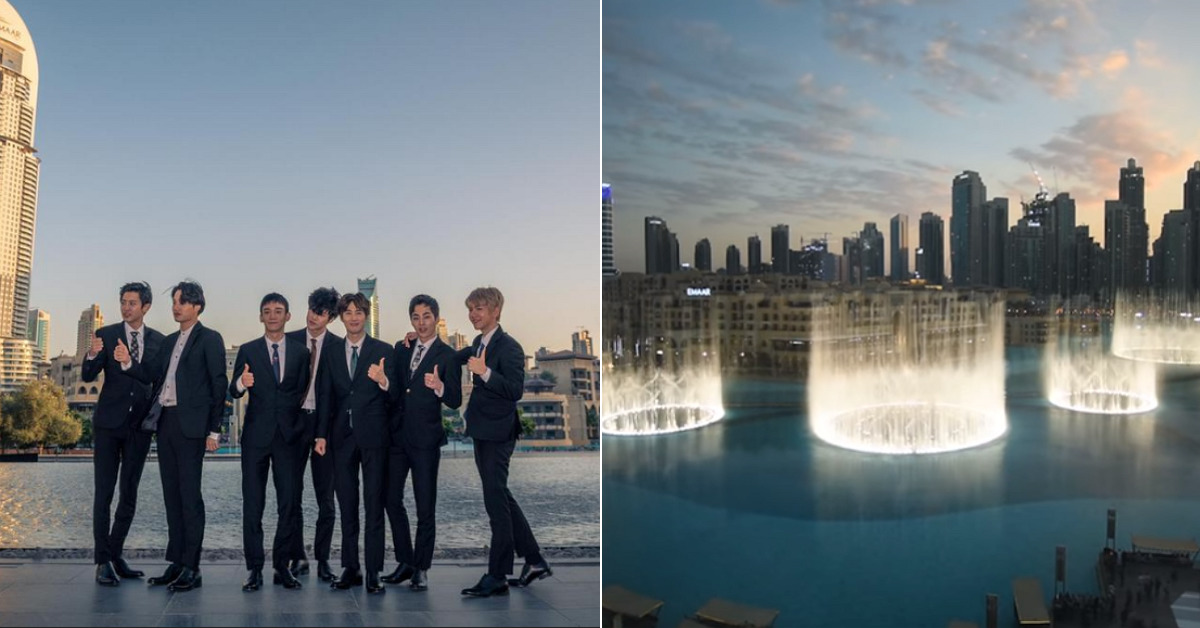 
EXO's "Power," released in September 2017, was played as the theme song of The Dubai Fountain Show, the world's largest choreographed fountain, for the first time for a K-pop song. The members of EXO, except D.O. and Lay, attended the press conference for the show and were greeted by a huge crowd of local fans, who sang along to the song.

A huge crowd of local fans greeted the K-pop band.

"Since this is our first visit to Dubai, we didn't expect any fans to show up. We are so grateful for the warm reception," Chen said in an interview with the local press.

"I've heard that there are lots of good restaurants in Dubai. I want to make this trip memorable having fun with my groupmates, sandboarding in the desert, scuba diving in the sea," said Baekhyun. "We will try our best to put on a good show for the audience," Kai added.