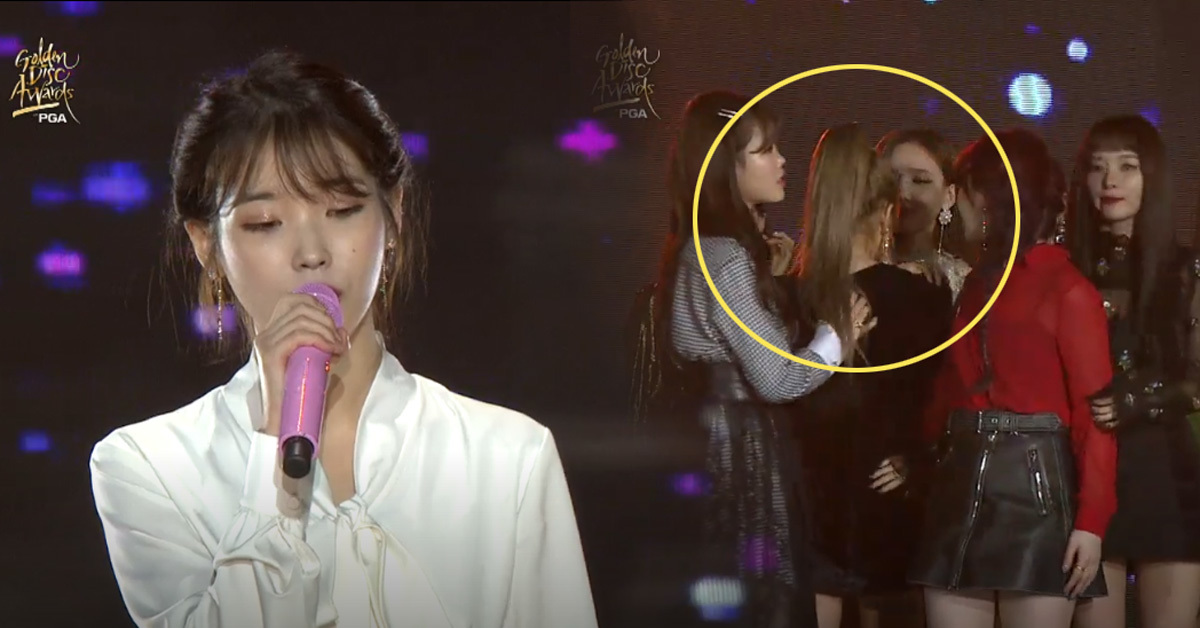 Yeri of Red Velvet teared up on stage at The 32nd Golden Disc Awards held at the Korea International Exhibition Center in Ilsan City on January 10.

Yeri couldn't hold back her tears at the mention of Jonghyun's name.


IU, who was crowned the Grand Prize winner of the digital singles category, mentioned the late Jonghyun of SHINee who passed away on December 18.

"I'm still quite heartbroken," she said. "I had to say goodbye to a person who was dear to me as a friend and as a musician. I feel sorry because I feel like I can understand why he had struggled so much," she added.


As the singer-songwriter performed "Through the Night," all the musicians present at the ceremony joined her on stage. Among them was Yeri, who couldn't hold back her tears at the mention of her friend who was very close to her.

Jonghyun was found unconscious from cardiac arrest on December 18 KST at a studio apartment in Cheongdam-dong, a southern suburb of Seoul. While he was moved to a hospital nearby, he failed to regain consciousness and was pronounced dead shortly after. His funeral service was held at Asan Medical Center in Seoul for three days from December 19 to 21.