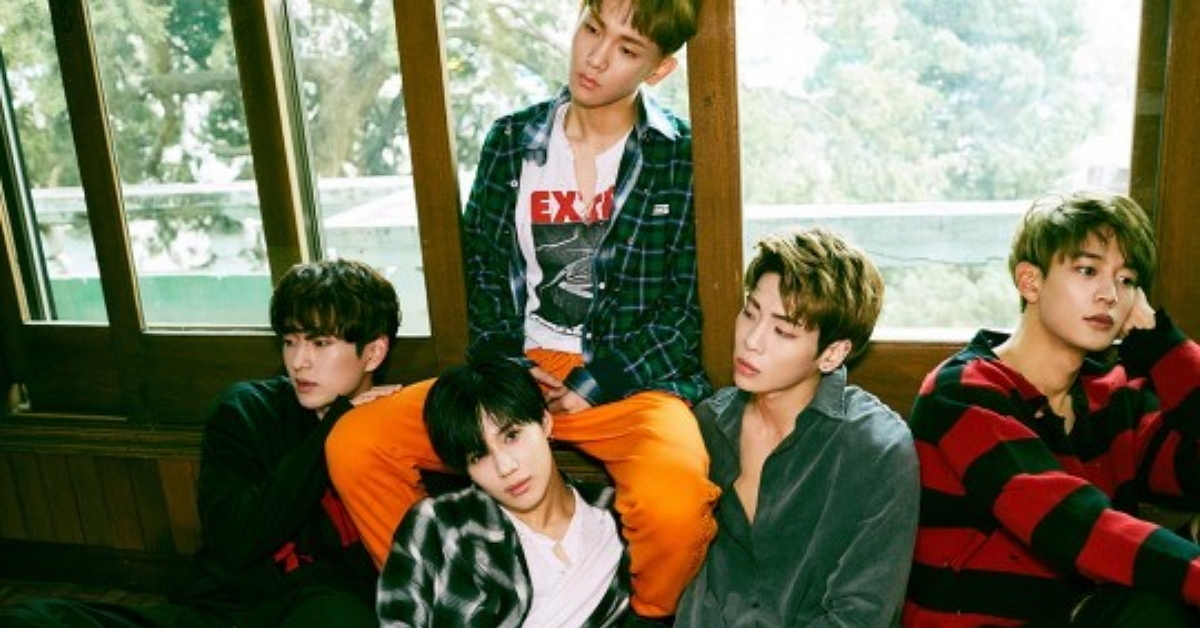 
Boy group SHINee, recovering from their loss of the late Jonghyun, will meet fans in the upcoming February concert in Japan.

Recovering from their loss, SHINee members will return to their fans in February.


SHINee members, sharing the news via official SHINee website on January 9, shared handwritten letters. SHINee is to hold their concert 'WORLD THE BEST 2018~FROM NOW ON~' in February at the Tokyo Dome and Osaka Dome.

Minho stated, "I know that some are for, and some are against our decision," and "we've decided to believe that this path is the right one, and we plan to keep our promises we made to you." He also stated, "Nothing can replace or fill up the void of Jonghyun" and "we'll practice, pouring our hearts out, as if Jonghyun were standing right beside us."

He added, "when we feel like giving up, when we feel like running away from everything, we'll remember that your word of support, your helping hand is the thing that matters most, and we'll continue to sing for you." He also stated, "While the pain is unimaginable, we believe we have your support, enough for us to carry on." 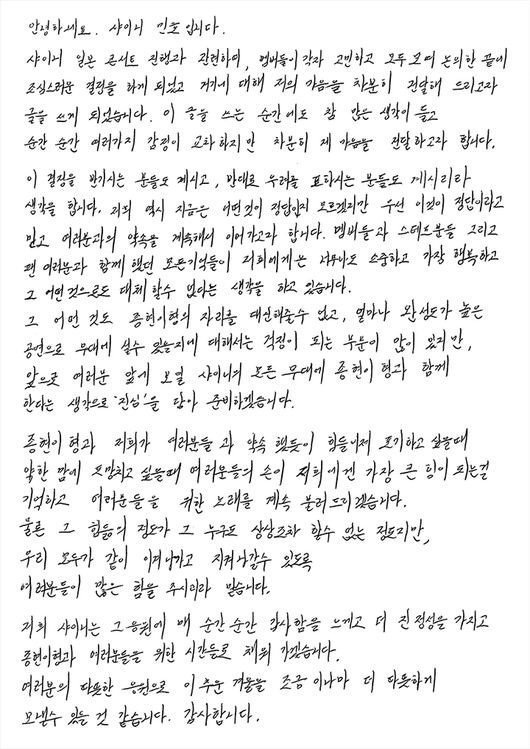 
Key stated, "Thanks to all those who have worried about me, I've made up my mind and am trying to go back to my normal, everyday life." He added, "I've also put much thought, but it didn't seem right to expect myself to have a peace of mind without sacrificing anything," revealing why SHINee chose to perform in February as planned.

He also stated, "this is what Jonghyun would want us to do." He ended his letter by saying that "this year is SHINee's tenth anniversary…we'll give the SHINee-est performance ever." 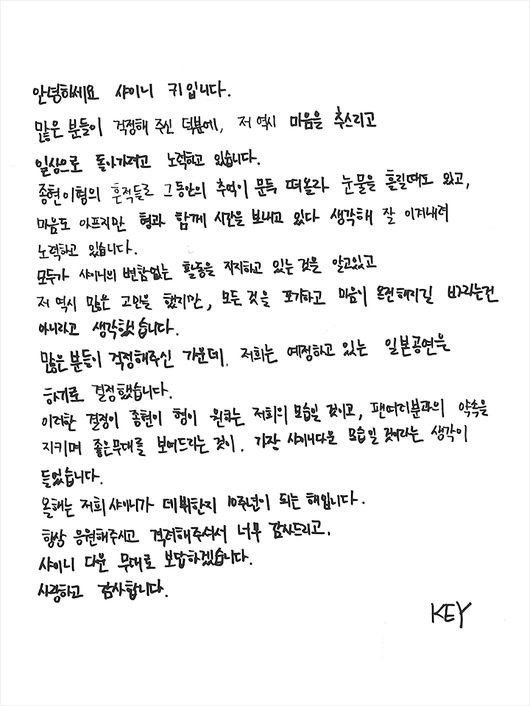 
Taemin stated, "I didn't have much confidence in my performances." He added "I know things won't be easy but I'll try my best to do right to the name SHINee," and "I want to show our member watching us from heaven the SHINee rising up again." 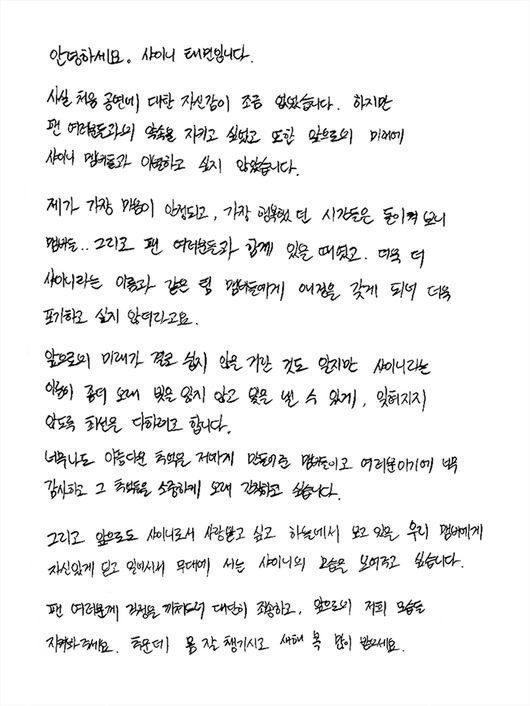 
Onew stated "I thought I couldn't. I thought I couldn't even appear on stage…but after speaking with Jonghyun's mom and hearing her words of encouragement telling me to never give up, I decided to try harder." He added, "even though the road ahead may be rough, I'll give it my best," and "you can expect more of SHINee all trying our best." 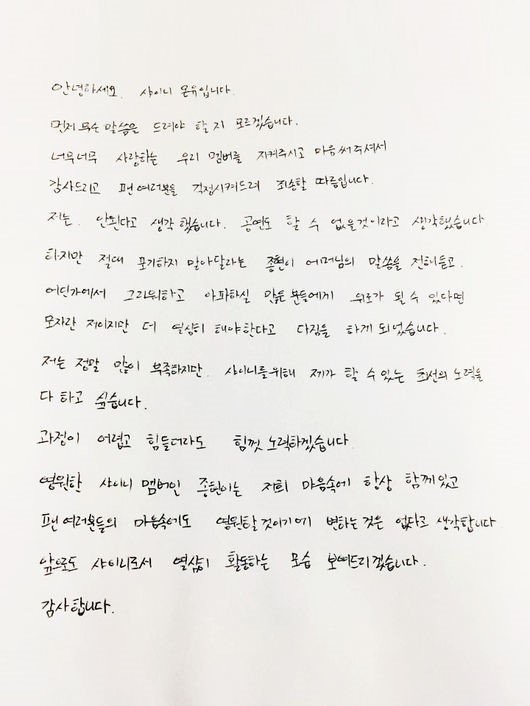 
The late Jonghyun passed away last December. On his suicide note, he shared his thoughts on his depression that had been burdening him.