ACHILLO(left) and RM. Photo from Starship Entertainment and BTS' Facebook.


Rapper  is under fire for calling BTS' RM a 'Rap Retard.'

He even had the nerve to fire back at fans. 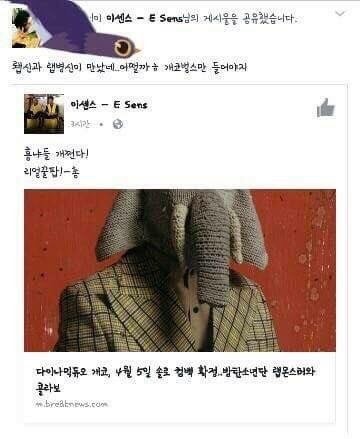 CAPTION: "Rap God meets Rap Retard.. How will it be haha. I'm only going to listen to Gaeko's verse." Photo from Facebook


Sharing an article on a track by Dynamic Duo's Gaeko X BTS' RM on his Facebook,  commented "Rap God meets Rap Retard. I'm only going to listen to Gaeko's verse."

BTS fans went furious over the remark, stating "that's no way to talk to your ," "that's such a rude comment," "to each his own." 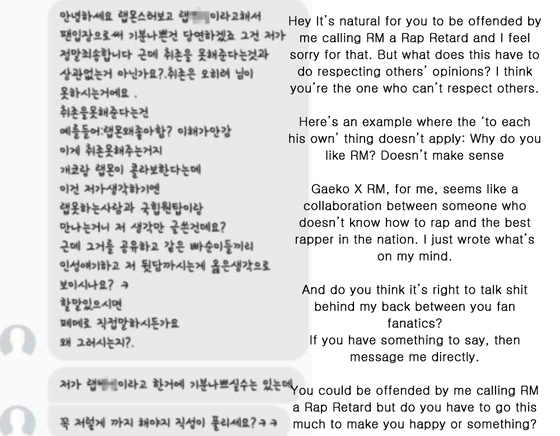 
fired back with a lengthy message, stating "It's natural for a fan to be offended (by what I said). I'm sorry about that…but you're the one who can't respect others' opinions. I thought that Gaeko and RM working together was a collaboration of the best rapper in the nation and someone who doesn't know how to rap."

He added "Do you think that it's right to talk shit behind my back? Does that make you happy?"

ACHILLO on the far right. Photo from 'OGZ' M/V.


, born in 2005, has recently released 'OGZ' with the rappers Jo Woo-chan and Park Hyun-jin.