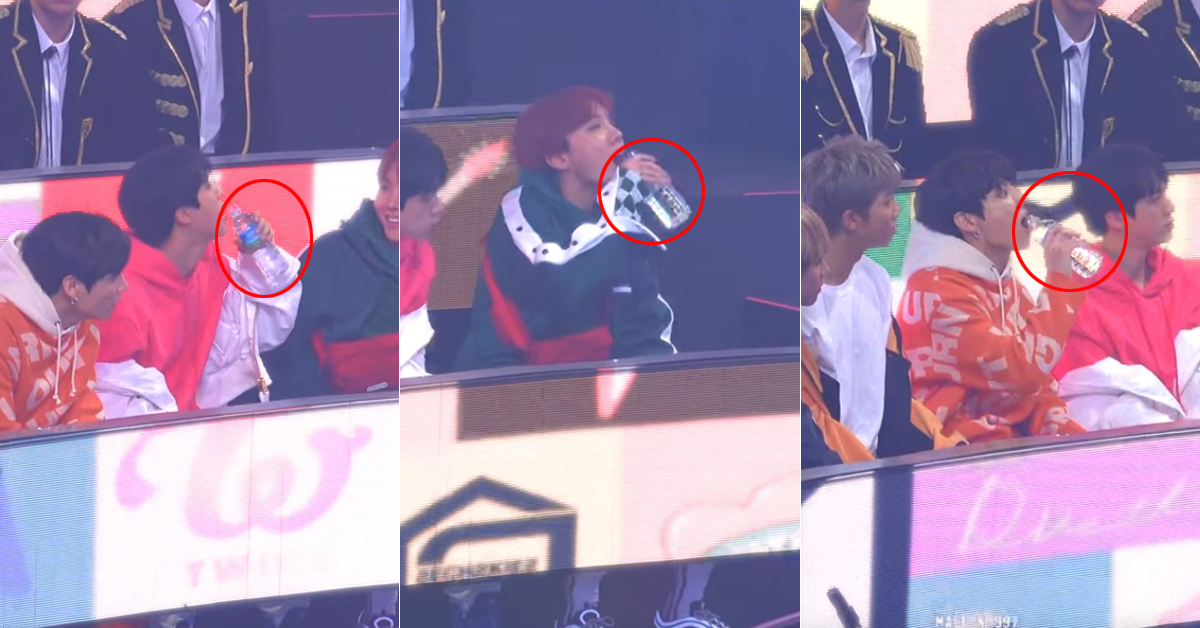 On December 31, MBC Gayo Daejejeon was held at the MBC Hall in Ilsan, a city located in Gyeong-gi province. Top musicians of South Korea were lined up for the prestigious annual event, and BTS, in particular, delighted the fans on and off the stage.

Nothing says bromance like drinking water from the same bottle.

While Lovelyz was performing on stage, Jimin got up to get water for Jin who was thirsty. 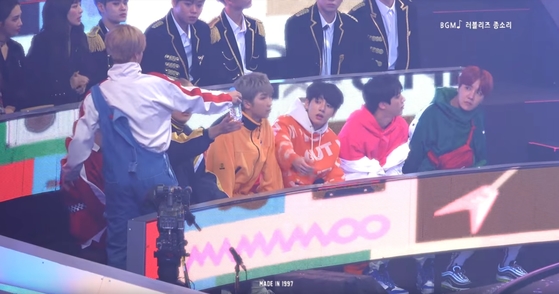 BTS members shared the water bottle amongst themselves with Jin taking the first sip, followed by J-Hope, Jungkook, RM, V, Suga, then Jimin.


"How cute, all seven of them drinking from the same bottle," commented one fan. "It's like brothers," commented another.