First BTS, Now TWICE Set to Appear on Both Days of the 32nd Golden Disc Awards

글자 크기조절
First BTS, now TWICE! These boy and girl group representatives are set to appear on both days of the Golden Disc Awards.


The girls have had a busy year, and hopes to start 2018 with a trophy in their hands.


According to officials from JYP Entertainment, TWICE is set to appear on both days of the 32nd Golden Disc Awards, being nominated for both Digital Song of the Year (KNOCK KNOCK) and the Album of the Year ().

TWICE made their debut in October 2015 with "Like Ooh-Ahh." All TWICE-released tracks, such as 'Cheer Up,' 'TT,' 'Signal,' 'Knock Knock,' were instant hits. Recent tracks such as 'Likey' and 'Heart Shaker' also topped charts, making TWICE the No.1 K-pop girl group. 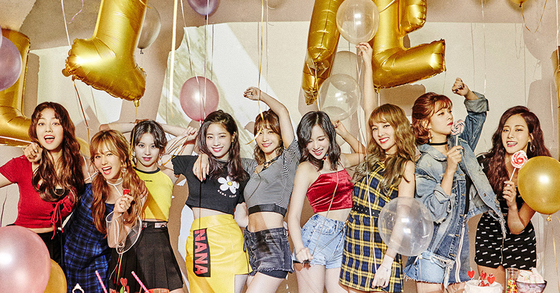 
Having had a busy year, winning MAMA's 'Song of the Year' and being invited to perform at NHK's 'Kohaku Uta Gassen,' fans wonder if TWICE can kick off this year with winning the grand prize at the Golden Disc Awards as well.

The 32nd Golden Disc Awards will be held on January 10 to January 11, at Korean International Exhibition & Convention Center (KINTEX) Exhibition Hall 5 in Ilsan, Gyeonggi-do. The Awards will be graced with the presence of BTS·EXO·SEVENTEEN·GOT7·TWICE and many more K-pop idols. The Digital Song of the Year will be awarded on the 10th 17:00, and the Album of the Year on the 11th 17:00. The ceremony will be broadcasted live on channels JTBC and JTBC2.