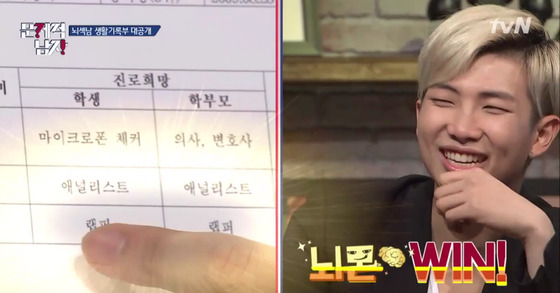 
RM of BTS apparently wanted to become an analyst back in middle school.

With his IQ as high as 148, he could have become anything he set his heart on.


In grade 8, the leader of BTS wrote down "analyst" as his dream job, which, according to RM, was what his parents wanted him to do. Like most parents, RM's parents imagined a more conventional future for his son, wanting him to become a doctor or a lawyer. 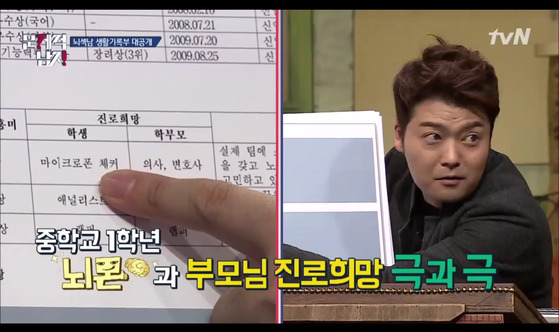 
Often called the smartest of BTS, the twenty-three-year-old rapper is almost qualified for MENSA membership, with his IQ as high as 148. His mock college entrance exam scores ranged in the top 1%. He taught himself English and excelled in math, Korean, and social science as well. It is no wonder that his parents wanted him to pursue a scholarly path.


RM succeeded in convincing his parents, however, and put down "rapper" as his dream job in ninth grade.

Teenage RM refused to compromise his dream and as a result, he became the lead rapper of one of the most well-known boy bands in the world.

He is truly an all-rounder!