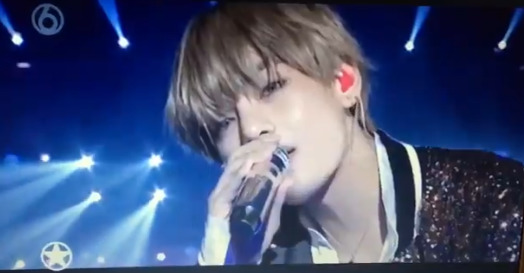 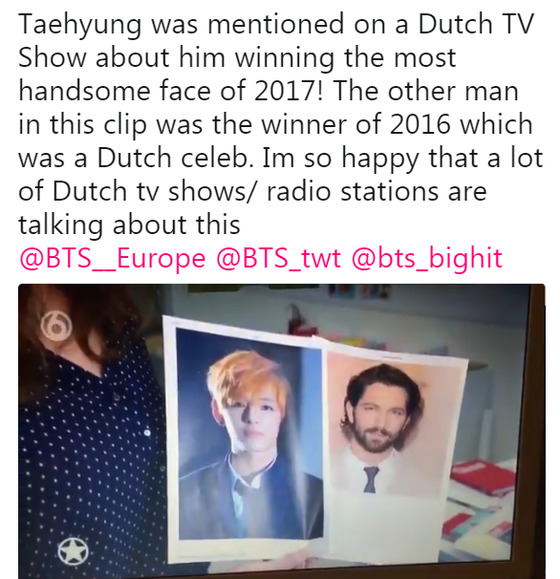 A BTS fan tweeted out V's appearance on a Dutch TV show.


V of BTS was crowned the Most Handsome Face of 2017, replacing Dutch actor Michiel Huisman who was last year's winner, and a Dutch media outlet set out to analyze V's win, lamenting the previous year's winner's loss to the K-pop star.

“V winning the most handsome face can be explained by science,” reported the TV show.

On December 4, a BTS fan posted on Twitter that V "was mentioned on a Dutch TV Show about him winning the most handsome face of 2017," adding that "a lot of Dutch tv shows, radio stations are talking about this." 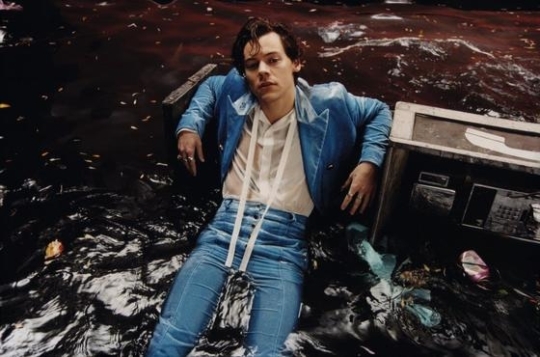 Harry Styles of One Direction


V was introduced as the Harry Styles of Asia on the said TV show. Harry Styles is a member of the world-renowned boy band One Direction formed by the producer Simon Cowell.

The Dutch TV show reported that V winning "the Most of Handsome Face of 2017 is backed by science," explaining that "women are more likely to fall in love with men who look sweet."