TWICE MINA Shocks Fans With Her Registration For This 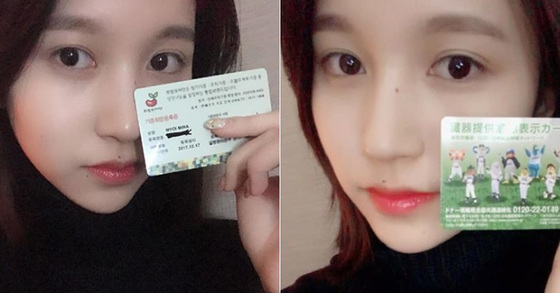 
Mina, a Japanese member of girl group TWICE, surprised fans when she posted a photo of herself holding a card.

You can catch a glimpse of her sweet nature!

Mina mentioned that "today is TWICE's 800th day since debut," and "To end this year, I've registered to become an organ donor."

She stated "I first found out about the whole organ donation thing in high school," and "I recently came to wonder about what I can do to help the society, and this thought came to me. I posted the photo cause I wanted to let people know that such a thing exists, in spite of how trivial it might seem."

Fans responded "it mustn't have been an easy decision to make" "I'm so proud of you."