글자 크기조절
Seungri's photo of an ordinary ramen store has stirred up a debate among netizens. 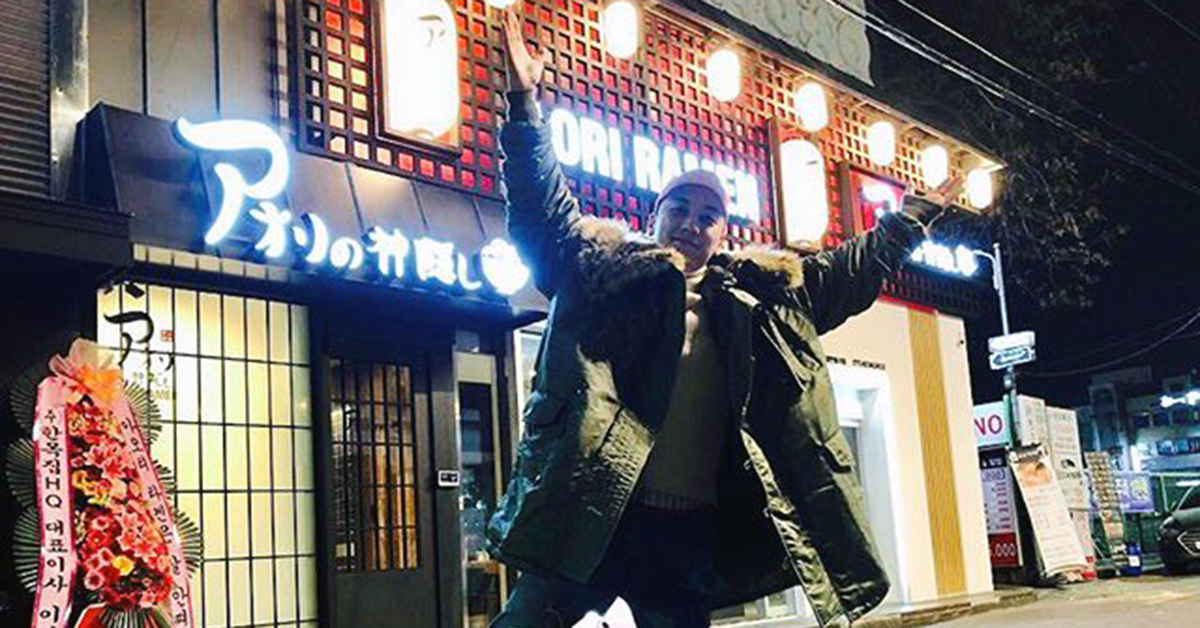 TRANSLATION: "I know it's wrong to coerce someone into grieving, but you could have announced the opening a few days later, considering that you at least knew Jonghyun as a fellow artist and a friend of the same age, and as someone who's been in the entertainment field longer. I'm a bit disappointed at the situation here." Photo from Instagram @seungriseyo 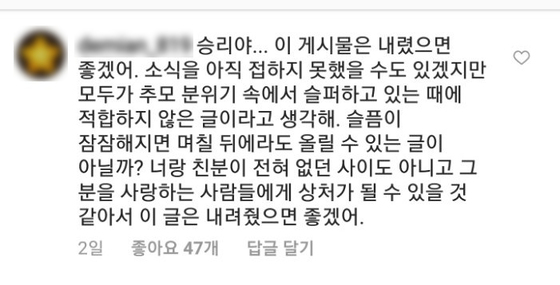 TRANSLATION: "Dear Seungri... I think deleting the post would be better. Maybe you haven't seen the news yet but the post seems inappropriate amidst everyone grieving for Jonghyun. Perhaps the post should be pushed back a few days after the sadness goes away a bit? It's not like Jonghyun was a nobody to you, and the post could hurt those who cherish Jonghyun, thus you should delete the post." Photo from Instagram @seungriseyo

TRANSLATION: "Dear Seungri, if you haven't seen the news already, go ahead and look it up. If you've seen the news, taking into consideration that you guys are in the same field, the post seems untimely. It's not that important, and why not offer your condolences as a colleague." Photo from Instagram @seungriseyo


Many fired back as well. "You shouldn't force people to be sad" "If you want to cherish someone, you do it alone. You have no right to impose someone to feel the same way." "You shouldn't set the bar too high for Seungri just because he's a public figure" were some comments left.

Now, there are more comments defending Seungri's actions rather than criticizing ones.

The controversy has spread out to a number of online communities. Web users reacted "You don't have to flaunt your grievances. Criticizing Seungri is going a bit overboard" "You need to put the bread on the table. Who can blame a guy trying to make a living."