JONGHYUN's Heartwarming Moments, Who Treated His Fans With Utmost Kindness 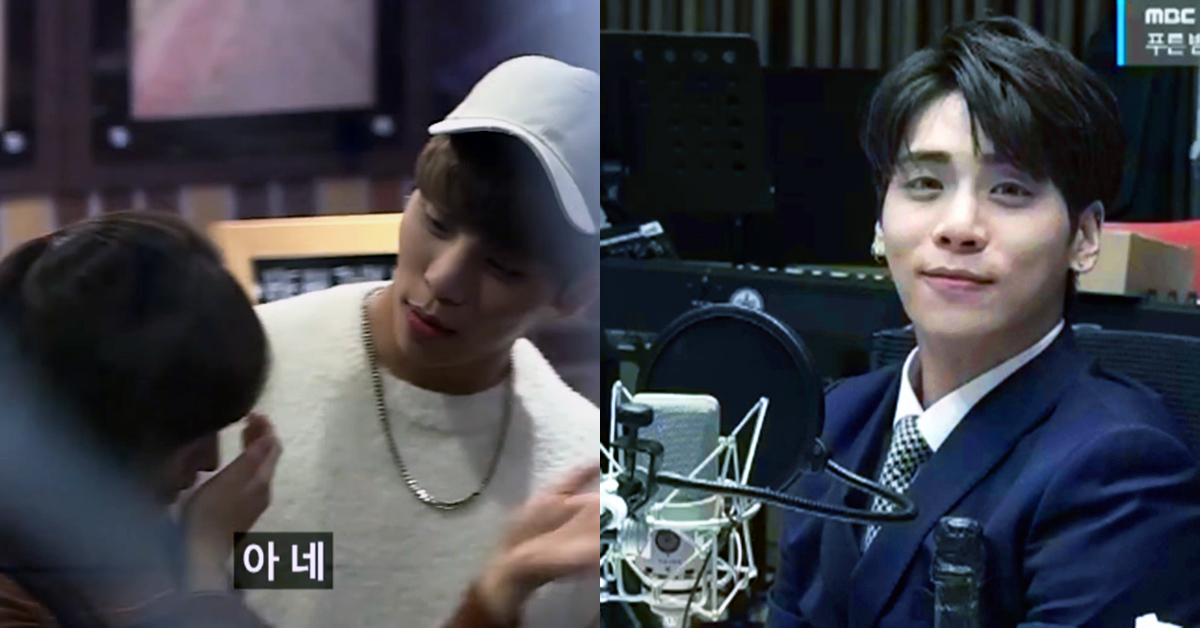 SHINee's Jonghyun comforting a fan(left) and on his last day as the host of 'Jonghyun's Blue Night.' Photo from Youtube Channel Dingo Studios(left) and MBC.


Fans cannot get over the suicide of SHINee member Jonghyun, aged only 27 years old, who died on December 18. Fans loved Jonghyun for his loving, affectionate attitude towards his fans.

He knew how to give back the love he received.


"Let's meet at the broadcasting company." 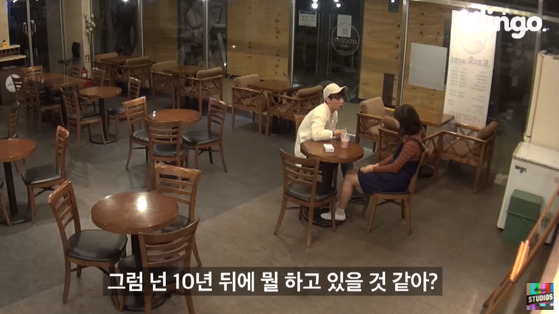 Caption: "Where do you see yourself in ten years?" Photo from Youtube Channel Dingo Studios. 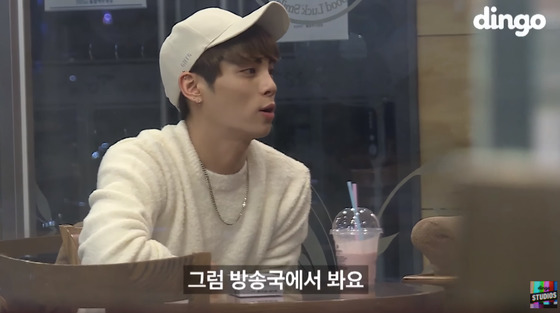 
In the October-released clip by Youtube Channel Dingo Studios, Jonghyun makes a surprise visit to his fan, who is up to her neck working her part-time job at a cafe.

The fan, upon seeing Jonghyun, melts to the ground and starts crying. Jonghyun comforts the fan, lightly patting her on the shoulders, asking if she was surprised.

He gently teases the fan, saying "she says her makeup is a mess." The two sit down across from one another and share their sincerest thoughts.

The fan reveals that she had to retake the college entrance exam, which was a big burden for her. Jonghyun consoles the fan in return.

He asks the fan "Where do you see yourself in ten years?" When the fan answers "I want to be a radio show producer," Jonghyun replies "Let's meet at the broadcasting company in ten years."

"I feel lethargic lately…maybe it's the seasons changing" 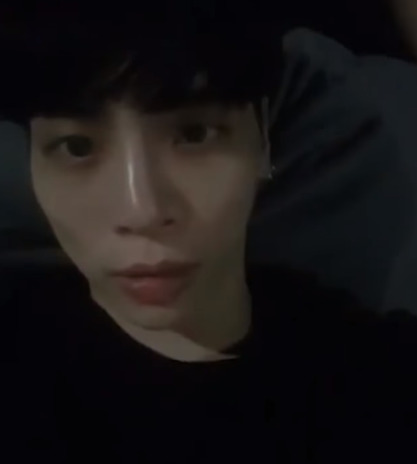 He added "Maybe it's the seasons changing. My feeling lethargic." He further added "I'm gonna change my mood. How can I do so…," mumbling the end of his sentence

When a fan asked Jonghyun "What are your plans for Christmas? I'm going to wait up for Santa Claus," Jonghyun, hesitating to answer, finally managed to spit out a simple "Okay."

"Be as it always was, be well"


Jonghyun hosted the MBC radio show 'Jonghyun's Blue Night' for three years, from February 2014 to April 2017. Jonghyun even received the MBC Excellence Award for Radio DJ. Fans dubbed him 'Jjong-D,' a wordplay combining his name Jonghyun and the word DJ.

Jonghyun continued to shed tears on April 3, his last day as the host of 'Blue Night.' He wiped away the tears streaming down his face as the songs went on on the radio.

He waved to his fans visiting the recording studio. Jonghyun said, "I gave much thought to how I should bid farewell, but I decided to go as I always did."

Jonghyun's last words as the DJ were "Jonghyun here at Blue Night. I'm going to go get some rest. Continue to rest your heart here, as always."

According to the Gangnam Police Department, Seoul, Jonghyun was found at a residence in Cheongdam, Seoul, around 06:10 pm by the police. Police officials stated "He was in cardiac arrest when found. Emergency measures were done as he was moved to the Konkuk University Medical Center, located in Gwangjin-gu, Seoul, but he didn't make it."

※ Should you feel emotionally burdened, don't hesitate to seek help. Contact your country's hotlines or your local emergency number.