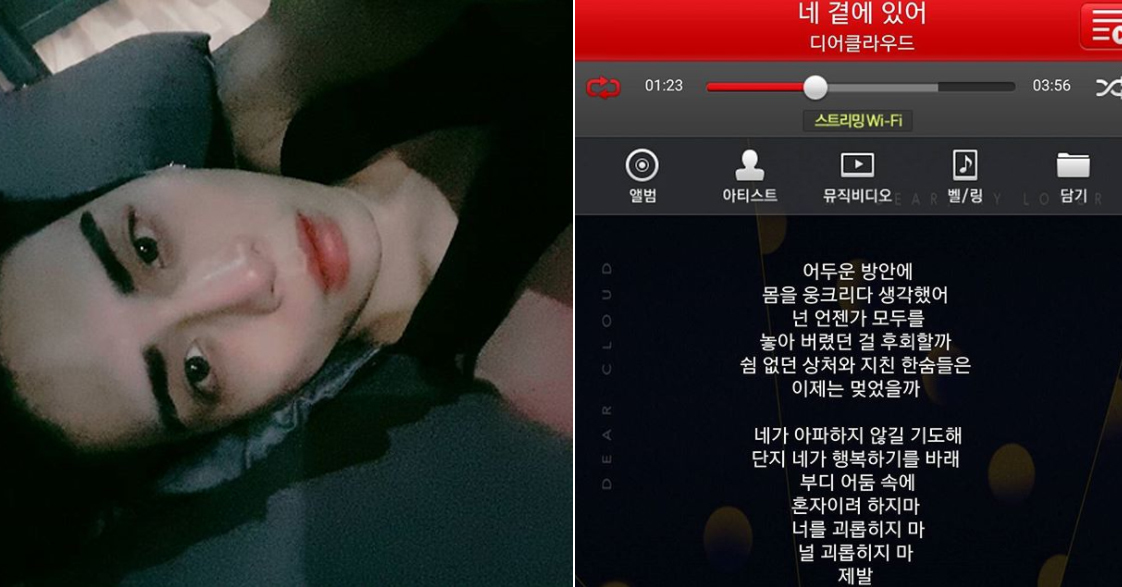 
Condolences are flooding in for Kim Jonghyun, 27, whose untimely death left many in shock.

Many are in disbelief at the news of the beloved star's untimely death.

Jonghyun enjoyed almost a decade-long popularity as a member of the five-member boy band SHINee with millions of fans around the world. His fans find it difficult to fathom that the beloved star had passed in an apparent suicide only a week after his solo concert.

His last Instagram post was a screenshot of the lyrics to the song "I'm By Your Side" by Dear Cloud, a South Korean modern rock band, with a caption that read "I pray that you aren't hurting."

The police reported that Jonghyun was found unconscious from cardiac arrest at an office complex in Cheongdam-dong, Seoul, and while he was moved to a hospital nearby, he failed to regain consciousness.

Jonghyun's sister alerted the authorities after she received a series of text messages from him that read: "Let me go. Tell me that I've been brave. This is my goodbye."

Officials say they are investigating the exact cause of his death.