“Why did I choose this path?” JONGHYUN's Suicide Note Released 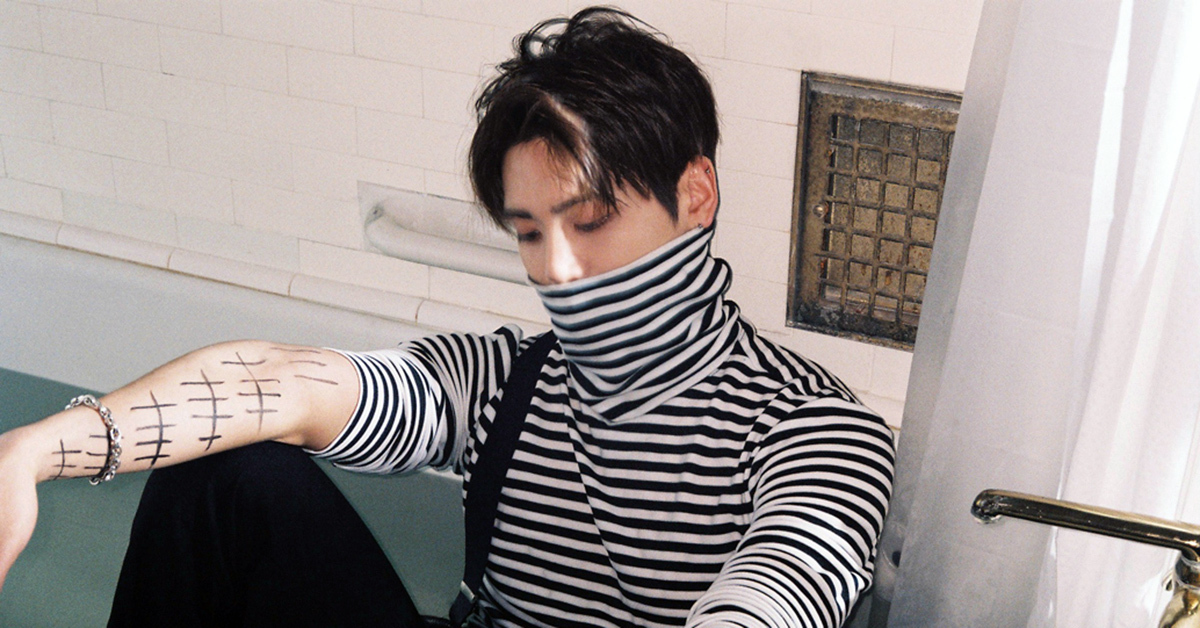 
Suicide notes of Jonghyun, who passed away on December 18, were released.

"Just tell me I did enough." 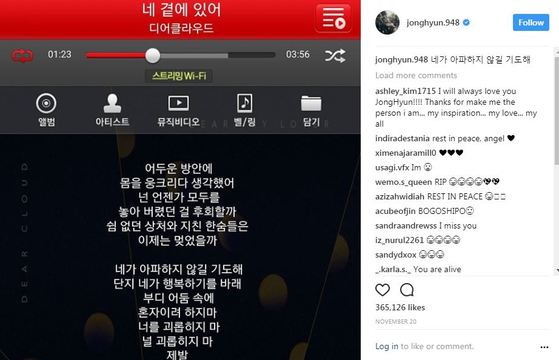 Jonghyun's last Instagram post. Playing 'Beside You' by Dear Cloud. Jonghyun commented a lyric from the song, "I pray for you not to be hurt." Photo from Instagram @jonghyun.948


Nine, a member of the band Dear Cloud, released the notes on her Instagram account on December 19, stating "After much discussion with his family members, we've decided to released Jonghyun's suicide notes." 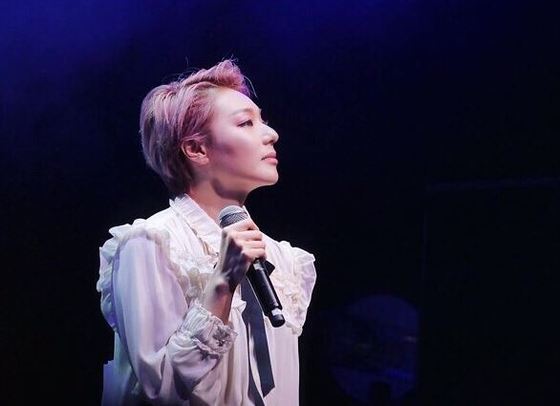 
Nine stated, "I still can't believe that he's not here, in this world, and it pains me." She added, "He asked me to share the notes should he disappear."

Jonghyun wrote "I'm broken from the inside. My depression, slowly eating me up, finally devoured me wholly and I could not fight it."

He also stated "I wanted it to be for me. Perhaps the fame wasn't meant to be. Why did I choose this path? That's a laugh. It's a wonder I held up until now. What's there more to say? Just tell me it's enough."

He closed his lengthy suicide note with "It's a job well done. It really is enough. Goodbye."

I'm broken from the inside.
My depression, slowly eating me up, finally devoured me wholly
and I could not fight it.
I hated myself. I held on to my fading memory, begging myself to come to my senses, only to be met with silence.
If I can't breathe through the suffocating feeling, it's better to stop.
I asked who can answer for my behavior.
Only yourself.
I was utterly and completely alone.
Speaking of the end is easy.
Putting an end is not so easy.
The sheer difficulty was what kept me going until now.
I said I wanted to run away.
Yes, I wanted to run away.
From me.
From you.
Asked who was there. It echoed myself. And me. And again, I.
Asked why my memory was failing me. Due to my personality. Okay. I guess everything's my fault.
I wanted someone to notice, but nobody did. They never met me, so obviously they don't know that I even exist.
I asked why people carry on. Just. Just. They all just do.
Should someone ask why I die, I'll say I'm worn out.
I suffered, I agonized. I never learned how to transform the exhausting pains into joy.
Pain is .
Urged not to.
Why? Why can't I decide the end?
Told me to find the roots of my illness.
I know too well. I hurt because of myself. It's all because of me because I'm not good enough.
Doctor, is this what you wanted to hear?
No. I didn't do anything wrong.
The soothing voice, blaming my character, is all there is to a doctor.
It's marvelous, the excruciating pain I feel. People who have much more burden seem to carry on. People weaker than me seem to carry on. Maybe not. Among the living, no one is more burdened than , no one is weaker than myself.
Still, I am to live.
I ask for the millionth time why, but it's not for me. It's for you.
I wanted it to be for me.
Don't act like you know everything.
Look for why I hurt. I told you many times. Why I hurt. Were my reasons not enough? Is there supposed to be something more? Do you need more drama, more story?
I told you already. Perhaps you missed something. What you can win over doesn't leave a scar.
Perhaps I wasn't to go against the world.
Perhaps the fame wasn't meant to be.
That's why it hurts. Because I tried because I'm known. Why did I choose this path? That's a laugh.
It's a wonder I held up until now.
What's there more to say? Just tell me it's enough.
That it's a job well done. That I gave it my best.
Maybe you can't bid me farewell with a big smile, but please don't blame me.
It's a job well done.
It really is enough.
Goodbye.