Seungri of Bigbang teared up over a surprise birthday party.

Fans aren't very enthusiastic about the surprise party thrown by his boss.


On December 13, Seungri Instagrammed a photo of himself bursting into tears next to his boss and the CEO of YG Entertainment, Yang Hyun-suk.

"My boss called me up and threw me a surprise birthday party for the first time in twelve years. I was crying before I knew it. Thank you," read the caption. 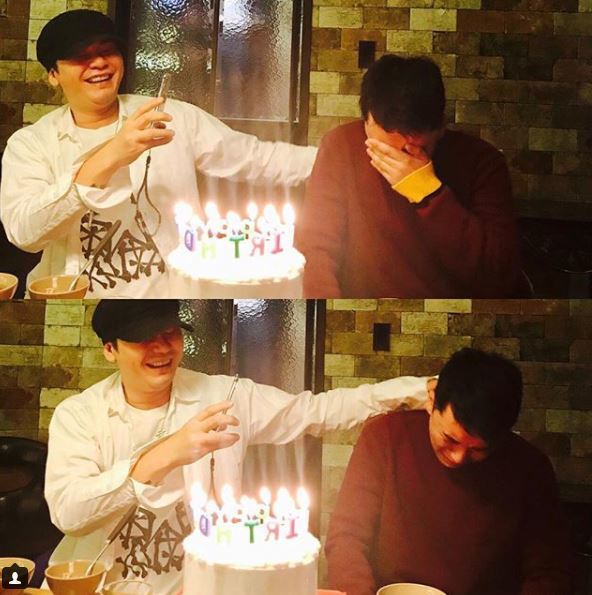 
While some fans congratulated Seungri who genuinely appeared to be happy, others were less enthusiastic about the boss' big birthday surprise. Discontented fans believe that Seungri's label, YG Entertainment, has not been fully supportive of his solo career.