Taeyeon Has Her Version of "Harry Potter-Style" Moving Photo Cards 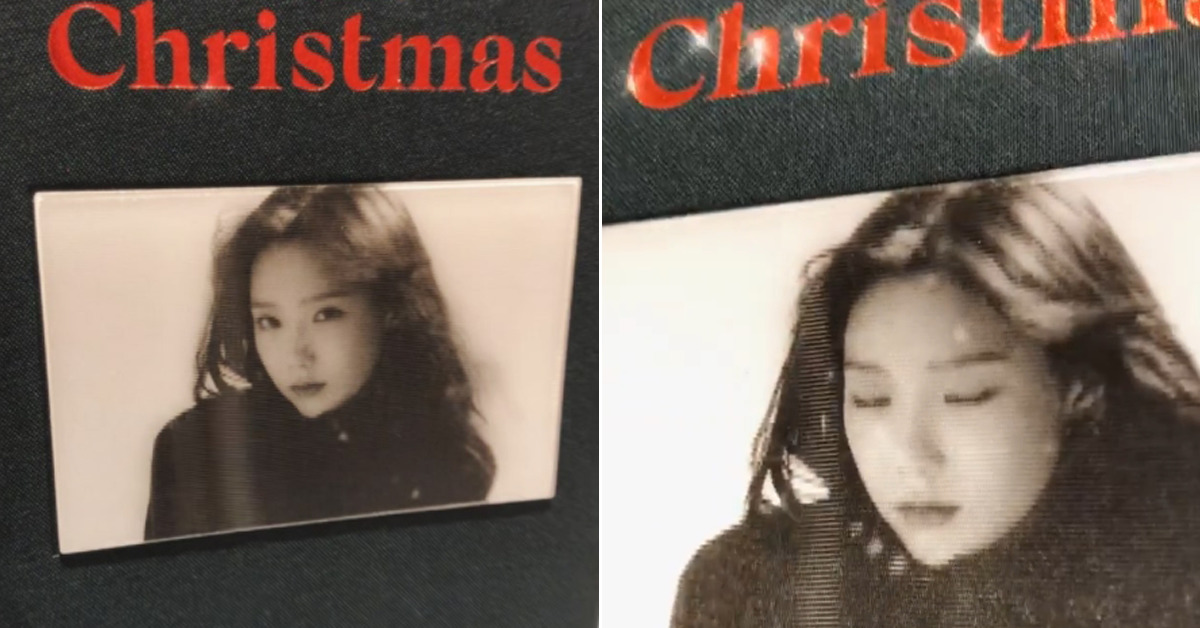 
Taeyeon of Girls' Generation released her Christmas album on December 10, and the title track "This Christmas" is topping charts on major music streaming services.

What sorcery is this?


The twenty-eight-year-old singer's Christmas album comes with something extra special.


The album includes a lenticular photo card, which Taeyeon posted on her Instagram. Lenticular-printed photos create an illusion of motion.

"This Christmas" music video exceeded a million views on YouTube in less than a day.