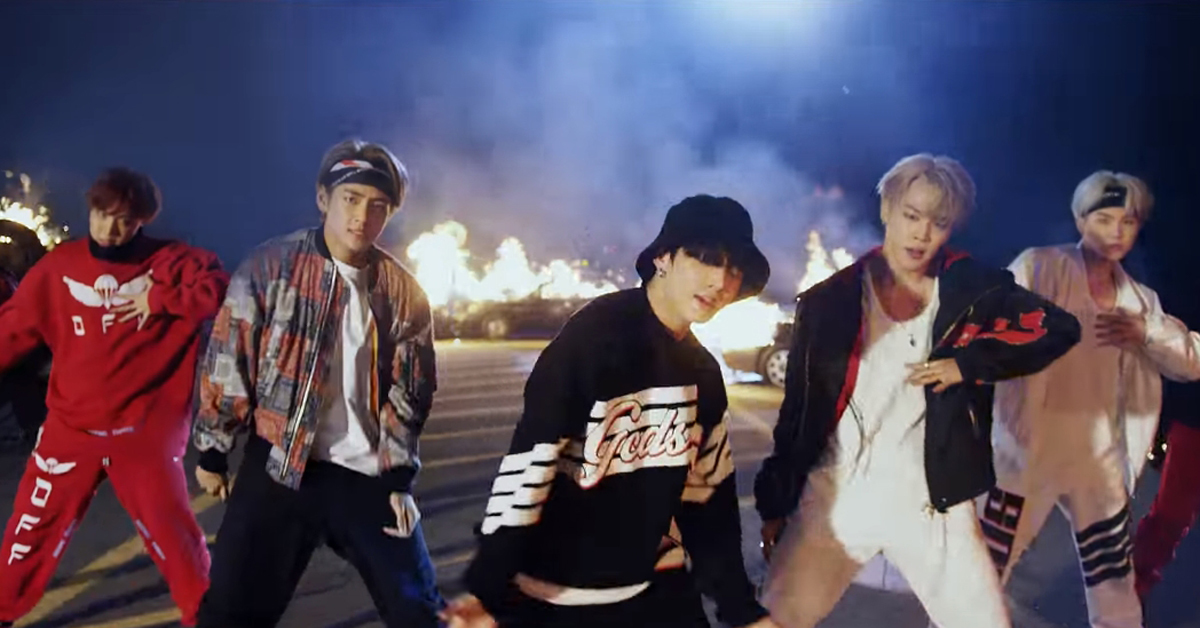 
BTS' "Mic Drop" featuring and remixed by Steve Aoki debuted at No. 28 on the Billboard Hot 100 songs chart, notching the first top 40 Hot 100 entry for a K-pop group. 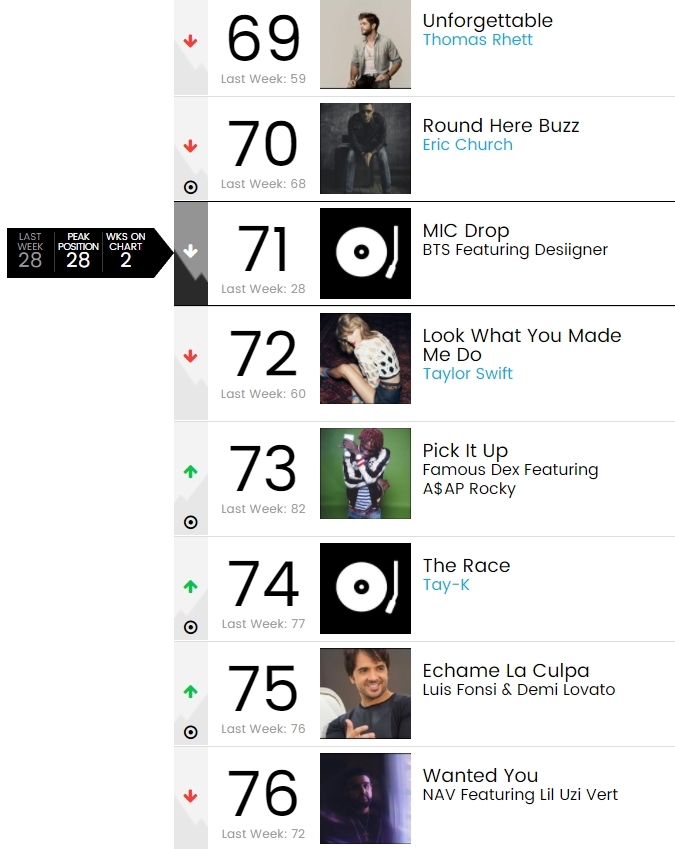 
The K-pop kings continue to set one record after another.

The seven-member band claimed No. 7 on the Billboard 200 albums chart with Love Yourself: Her. On the all-genre Digital Song Sales chart, "MIC Drop" earned the No. 4 spot. They were also named Top 10 Artist of 2017, topping a number of big-name artists including Coldplay and Ariana Grande. 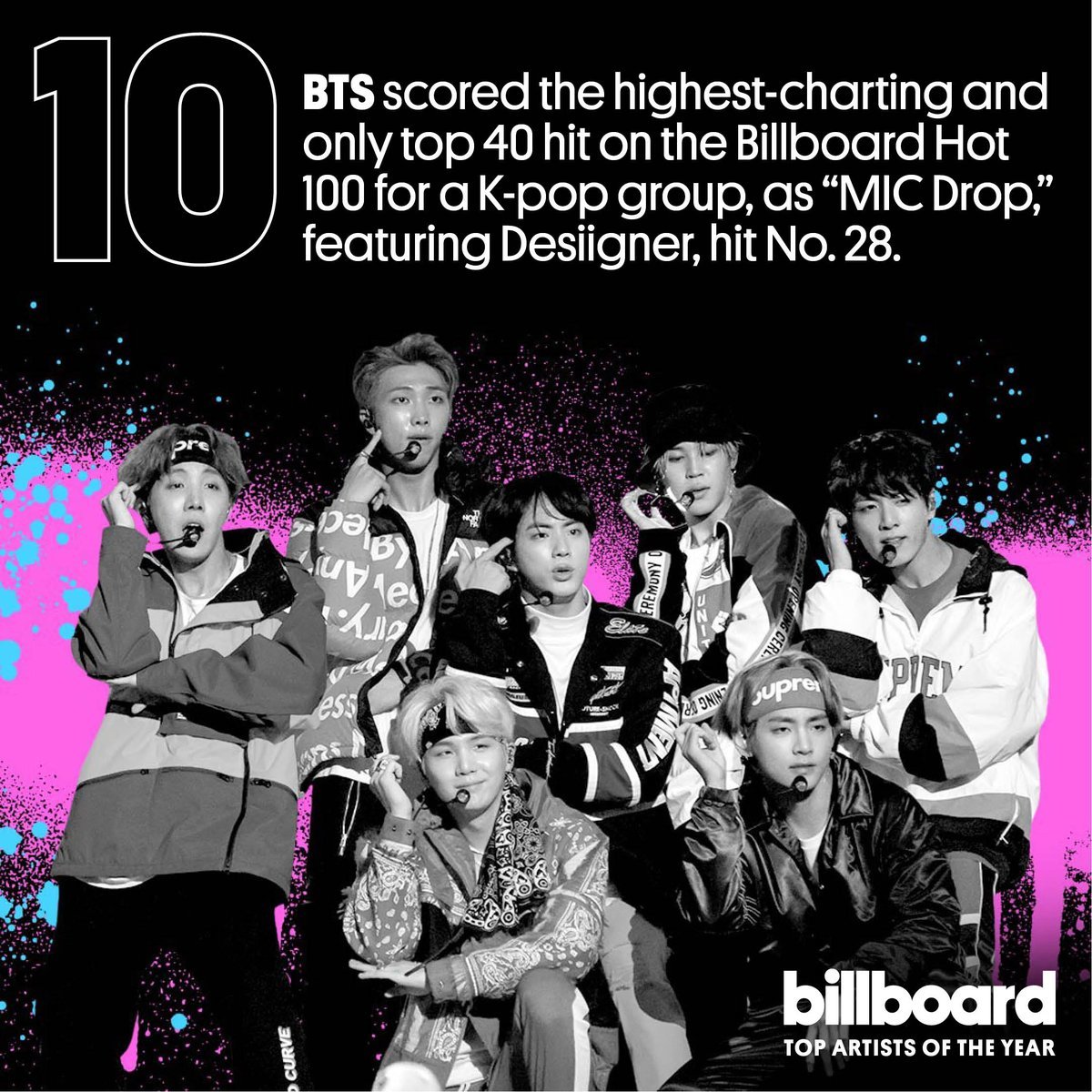 BTS will also appear on Dick Clark's New Year's Rockin' Eve 2018 with Ryan Seacrest, the second Korean music group to perform at the iconic New Year's event, after PSY's performance back in 2013.